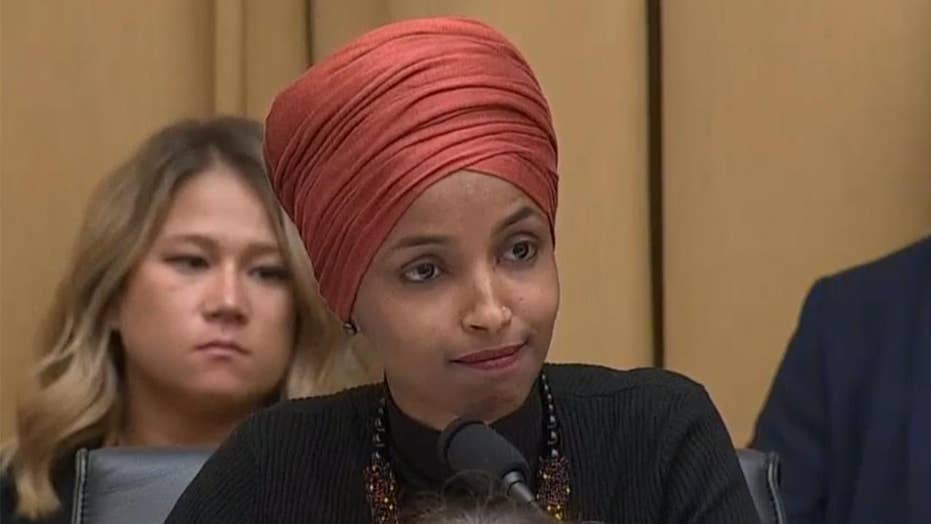 House Democrats sought to poke holes in the Trump administration’s so-called travel ban during a Tuesday hearing on Capitol Hill, alleging that a waiver process for allowing individuals from restricted countries to obtain visas is nothing but a “sham.”

While an official from the State Department’s Bureau of Consular Affairs insisted there is nothing wrong with the waiver process, Rep. Ilhan Omar, D-Minn., challenged that assertion by raising allegations made by former officials.

“Former consular officer Christopher Richards, who resigned in protest of the Muslim ban, said in an op-ed that the consular officers were not able to issue waivers on their own, that they had to get approval from the State Department,” Omar said to Edward Ramotowski, deputy assistant secretary for visa services. “Would that be you? Do you give that approval?”

“No, that’s not correct,” Ramotowski responded. “Consular officers make the decision of the first two prongs of the waiver, national interest and undue hardship, and then the interagency security review provides the guidance on the security prong.”

Omar then asked if the White House plays a role in the decision-making process.

“Not at all,” Ramotowski said.

Omar brought up Sarah Gartner, a former officer who resigned in protest over the ban and told CNN that officers “felt pressure to approve as few folks as possible” for waivers.

“And how do you respond to Ms. Gartner’s claim that the officers are implicitly or explicitly pressured to deny waivers?” Omar asked.

“We are not implicitly or explicitly pressuring anyone to act in any way contrary to the law,” he said.

The travel ban, which has gone through several iterations, currently places restrictions on travel to the U.S. on people from Iran, Syria, Yemen, Libya, Somalia, and North Korea, as well as officials from Venezuela. It faced a number of legal challenges, with the Supreme Court upholding the latest version of the order in a June 2018 decision. Iraq, Chad, and Sudan had been on restricted lists, but were removed. Critics have dubbed the policy a "Muslim ban."

During Tuesday's hearing, Omar also pointed to a dissent memo signed by more than 100 diplomats in June 2017 – before the most recent version of the order was signed – that railed against the order.

Ramotowski recognized that the policy has opponents, but maintained that “fundamentally it’s designed to try to keep the United States safe."

Early in the hearing, Lofgren implied that there was no way for people to apply for a waiver, but Ramotowski clarified that it is an automatic process and that consular officers consider waivers with every visa application.