Rep. Ilhan Omar, D-Minn., on Sunday joined Democrats who took issue with a recent interview with House Speaker Nancy Pelosi, who criticized the influence of the four freshmen lawmakers who voted against the $4.6 billion border bill signed into law last week by President Trump.

Pelosi, who was interviewed by New York Times columnist Maureen Dowd, played down the influence these representatives wield, saying, “All these people have their public whatever and their Twitter world. But they didn’t have any following. They’re four people and that’s how many votes they got." 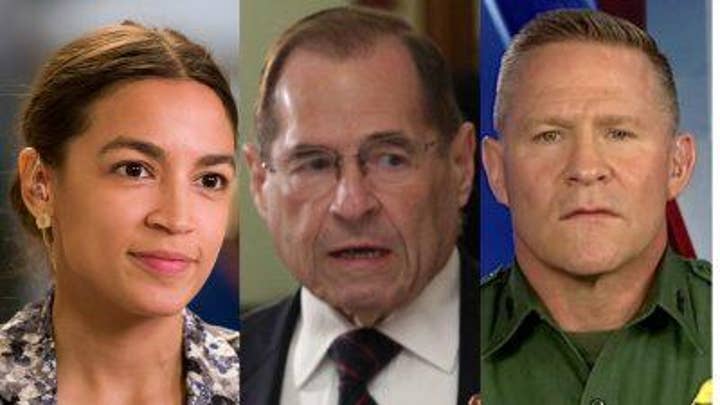 The four freshmen voted against the border bill they essentially said did not go far enough and, according to the Washington Post, was simply “throwing more money” at the Trump administration’s "human rights abuses."

Ocasio-Cortez took to Twitter to explain to Pelosi, 79, that “public ‘whatever’ is called public sentiment.”

“And wielding the power to shift it is how we actually achieve meaningful change in this country,” she continued.

Omar wrote in response to Ocasio-Cortez, “Patetico! You know they’re just salty about WHO is wielding the power to shift “public sentiment” these days, sis. Sorry not sorry.”

Pelosi said at the time that the bill would allow resources to get to children held at the border.

“As we pass the Senate bill, we will do so with a battle cry as to how we go forward to protect children in a way that truly honors their dignity and worth,” she wrote in a letter to lawmakers. The New York Times’ headline read, “House Passes Senate Border Bill in Striking Defeat for Pelosi.”