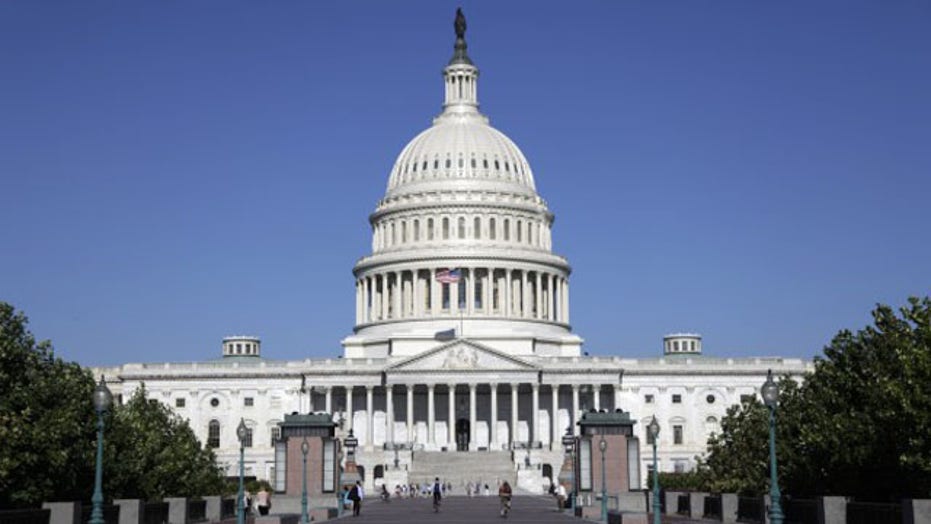 City's push to host the games

WASHINGTON – An external threat to the homeland? A huge payday? A case of blackmail?

As it happens, none of those things is behind the improbable alliance of two of Washington’s most seasoned and sought-after political operatives, ideological opposites who squared off against each other in 2012: Matt Rhoades, campaign manager for Mitt Romney, and Jim Messina, campaign manager for the Obama-Biden re-election effort.

Rather, it’s the common goal of bringing the Olympic Games to the nation’s capital, an objective that the members of this political odd couple are hoping to achieve by donating their talents to a non-profit called Washington 2024. “I don't think there is anything Jim and I agree on except for the D.C. Olympics,” said Rhoades in an unusual joint interview with Fox News this week.

“People view Washington as a pretty partisan town,” agreed Messina, “and I think why Matt and I are working together on this is we think the Olympics can unite this city and this country behind a common unifying theme, which is sport.”

Washington has never hosted the Games and the members of Washington 2024 seem to think that the primary challenge in persuading the U.S. Olympic Committee to select the nation’s capital for the honor is the stigma associated with the polarizing partisan gridlock that has come to define official Washington.

To deal with that image problem, Washington 2024 – working with Purple Strategies, a bipartisan public affairs firm in town – has produced a two-minute video, accessible on YouTube, that strives to assure the committee that Washington is more than just an aggregation of warring parties and lawmakers.

“This town is a little bit misunderstood,” says one man in the video. “You surely cannot know us by our reputation alone,” says a woman clad in – of all things – a purple coat.

Additionally, the video features prominent figures from both political parties, from former House Speaker Newt Gingrich, a Republican, to Sens. Mark Warner and Tim Kaine of Virginia, both Democrats. “We have our spats and quarrels,” says Warner. “But we find unity when it really matters,” says Rep. John Lewis, D-Georgia, an icon of the civil rights movement.

Also seen are stars from the Washington Wizards basketball team and the Capitals hockey team. The video boasts that “we are a sports town…an arts town…and a food town, too.” The website for the Washington 2024 campaign touts D.C. as the nation’s “most walkable” city.

Rhoades and Messina joke that the first hurdle, which is to get the U.S. Olympic Committee to select Washington over Boston, Los Angeles and San Francisco, is the “primary” election, and that a positive outcome there will catapult D.C. into the “general election”: the sweepstakes of 2017, when the International Olympic Committee will select one city over the many put forward by various countries.

When asked if it is Washington’s reputation as a city immobilized by partisan gridlock that most directly jeopardizes its selection by the U.S. Olympic Committee, or more practical considerations about security and sanitation, housing and transportation, the political odd couple cite the 2009 inauguration of President Obama, which drew an estimated 1.8 million spectators.

They also cite the enormous economic impact that hosting the Games would bring for D.C., far beyond the spending that would occur once the Games were underway. “You look at London in 2012 and they really renovated a bunch of their more difficult areas using the Olympics as a hub,” said Messina.  “We think the Olympics can do that for the rest of the city.”

Organizers declined to share their blueprints for the Olympic Village that would be constructed, but said it would encompass such sites as Robert F. Kennedy Stadium and the Verizon Center to the National Mall. “Imagine beach volleyball in the backdrop of the Washington Monument,” said Penny Lee, a Democratic strategist working with Washington 2024. “Imagine running the marathon past the steps where Martin Luther King said, ‘I have a dream.’”