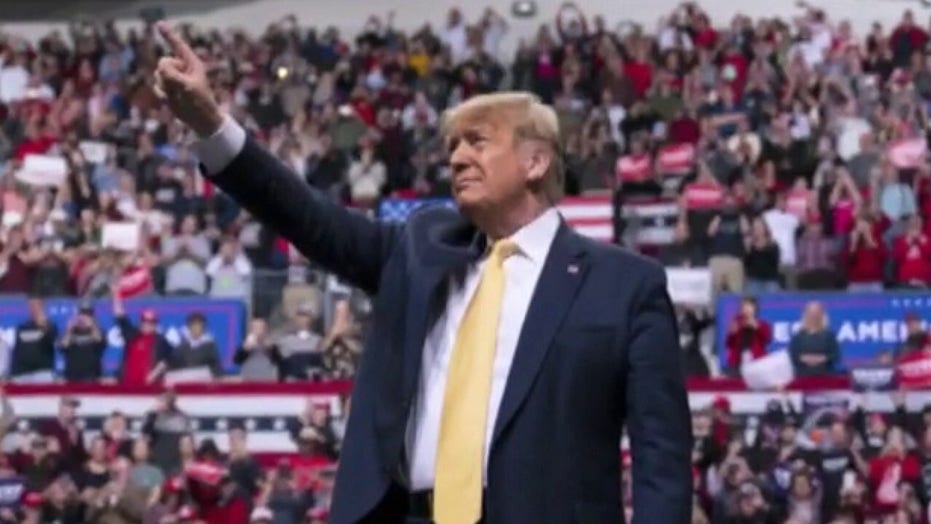 A Tulsa, Okla., judge blocked an emergency attempt to keep President Trump’s upcoming campaign rally from happening as planned after plaintiffs claimed that it would be a coronavirus “super-spreader” that would endanger the public.

The lawsuit, brought by two Oklahoma residents who say they are immuno-compromised, claim that the rally poses a danger because the expected large crowd will not be following social distancing practices and will not be required to wear face masks. They filed an emergency motion seeking a temporary restraining order so the event would not be able to go on as planned.

“It does not appear by the Petition that Plaintiffs are entitled to the relief demanded,” Judge Rebecca Brett Nightingale said in a one-page order.

Plaintiffs Shannon Martin and Stephen Bruner, along with the Greenwood Centre and the John Hope Franklin Center for Reconciliation, sued ASM Global, operators of the Bank of Oklahoma Center, where the event is set to take place, hoping the court would force them to shut it down for health reasons.

“All credible, qualified medical experts, including the CDC, agree that this type of mass-gathering indoor event creates the greatest possible risk of community-wide viral transmission,” the complaint says.

The plaintiffs insist that their lawsuit is not politically motivated and that they are not trying to shut it down entirely. Rather, they claim, they simply want health-related protocols to be followed.

“Plaintiffs merely seek a court order requiring ASM Global to institute protocols for the June 20 event, including the mandatory use of face-masks and social distancing rules for all guests and employees, as recommended by state, local and federal authorities, and by every credible and qualified medical expert who has studied this issue,” the lawsuit says. The plaintiffs insist they would want the same thing if the event was a rally for Joe Biden or an Oklahoma City Thunder NBA game.

“This case is not about the president,” the complaint says.

Trump 2020 senior legal adviser Jenna Ellis disputed this, telling Fox News’ Shannon Bream that this is not about health, but “the Democrats’ hypocrisy in wanting to stop President Trump from returning to the campaign trail,” while mass protests after George Floyd’s death were condoned.

Sen. James Lankford, R-Okla., on Wednesday advised senior citizens and others at higher risk for coronavirus to not attend President Trump's indoor rally Saturday in Tulsa.

“We’re advising people if they’re coming to the rally, if you have co-morbidities, if you are older, or you have other health issues – don’t come,” Lankford told MSNBC's "Morning Joe." “Watch it on TV.”