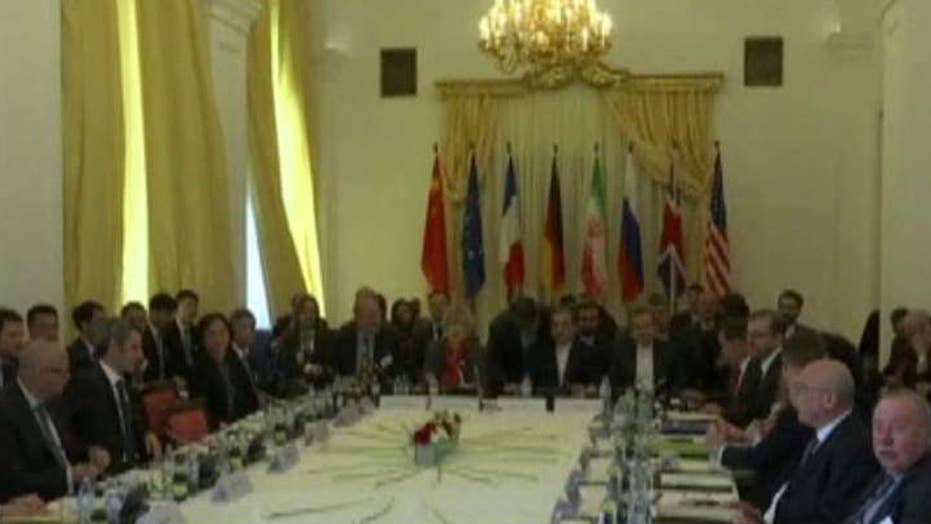 US joins signatories of the Iran nuclear deal in Vienna

The administration says it wants to connect the agreement to the regime's other destabilizing behavior; Rich Edson has the story for 'Special Report'

President Trump personally ordered tougher language to be included in a State Department letter on Iran’s compliance with the nuclear deal, after rejecting an initial draft, a senior administration official confirmed to Fox News.

The White House last week scuttled an early draft from the State Department that it considered too soft on Iran. As first reported by The Wall Street Journal, the department was urged to write a new letter that "highlighted Iran's threatening regional behavior and called into question the U.S.'s long-term support for the nuclear accord."

While the letter stated that Iran was complying with the landmark deal it signed with the United States and five other countries under former President Barack Obama, Trump subsequently ordered a review last week of the Iran deal as a whole.

Officials said they do not believe Iran is "living up to the spirit of the deal” – an agreement Trump has often called "horrible" and "the worst deal in history."

Trump’s push to toughen the certification letter language amounts to another indication that the administration could consider a possible pullout.

The administration has taken a hard line against Iran for supporting U.S.-designated terror groups and Syrian leader Bashar al-Assad's regime.

Secretary of State Rex Tillerson last week vowed a “comprehensive review” of the agreement, saying it “fails to achieve the objective of a non-nuclear Iran,” and only delays it becoming a nuclear state.

He faulted the agreement for “buying off” a foreign power with nuclear ambitions, saying: “We just don’t see that that’s a prudent way to be dealing with Iran.”