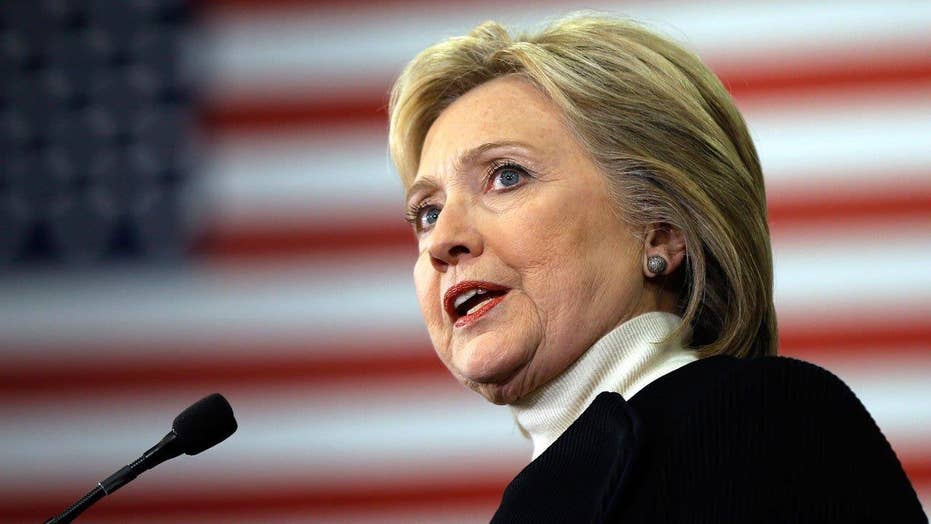 Catherine Herridge reports on the e-mail scandal for 'Special Report'

EXCLUSIVE: At least a dozen email accounts handled the “top secret” intelligence that was found on Hillary Clinton’s server and recently deemed too damaging for national security to release, a U.S. government official close to the review told Fox News.

The official said the accounts include not only Clinton’s but those of top aides – including Cheryl Mills, Huma Abedin, Jake Sullivan and Philippe Reines – as well as State Department Under Secretary for Management Patrick F. Kennedy and others.  There is no public evidence they were authorized to receive the intelligence some of which was beyond Top Secret.

A second source not authorized to speak on the record said the number of accounts involved could be as high as 30 and reflects how the intelligence was broadly shared, replied to, and copied to individuals using the unsecured server.

“My contacts with former colleagues and current active duty personnel involved in sensitive programs reveal a universal feeling that the HRC issue is more serious than the general public realizes,”  Dan Maguire,  a former strategic  planner with Africom, and with 46 years combined service, told Fox.  “Most opine they would already be behind bars if they had apparently compromised sensitive information as reported.”

Without access to the actual e-mails, Maguire said it was hard to ascertain what damage might have been done by the disclosure of human spying intelligence and secret material.

“Either way, the intelligence community is undoubtedly conducting damage assessments and evaluating the viability of any ongoing operation that may have been exposed to unauthorized personnel. The vulnerability of HRC’s server to foreign government hacking cannot be overlooked - even the DCI, John Brennan, has been the target of hackers,” he said.

Former U.S. Attorney General Michael Mukasey told Fox, “It is counterintuitive to suggest that they (Clinton’s aides) all had authorization and access through a non-secure server to information of that sensitivity.”

The State Department recently confirmed that the messages in question include the most sensitive kind of intelligence. On Jan. 29, Fox News first reported that some emails on Clinton’s server were too damaging to release in any form. The State Department subsequently announced that 22 “top secret” emails were being withheld in full; these were the messages being handled by more than a dozen accounts.

Pressed on whether a damage assessment was being done, State Department Spokesman Mark Toner said, “To your broader question – what is being done to -- as you said spillage – I can’t speak to those efforts today. We’re aware obviously of those concerns.  We are taking steps, but I don’t have any more details to provide.”

Aside from this week’s letter confirming the FBI investigation is focused on Clinton’s server, the Bureau has not publicly acknowledged whom it has contracted or interviewed.

Kennedy recently told the House Benghazi Select Committee that he knew about Clinton's personal email from the beginning, but did not understand the "scope" of its use for Clinton’s government business.

Kennedy's testimony now appears to conflict with emails released through the Freedom of Information Act that show he routinely sent and received government business from the Clintonemail.com account.

Toner said Kennedy learned about Clinton’s arrangement later. “He did not have knowledge of the computer server that she had set up [for] personal email or computer server she'd set up at her residence,” he said.

However, on the official State Department website, Patrick F. Kennedy’s biography says that he has worked for the department since 1993 and, in his current position as Under Secretary for Management,  he is responsible for the “people, resources, budget, facilities, technology, financial operations, consular affairs, logistics, contracting, and security for Department of State operations.”