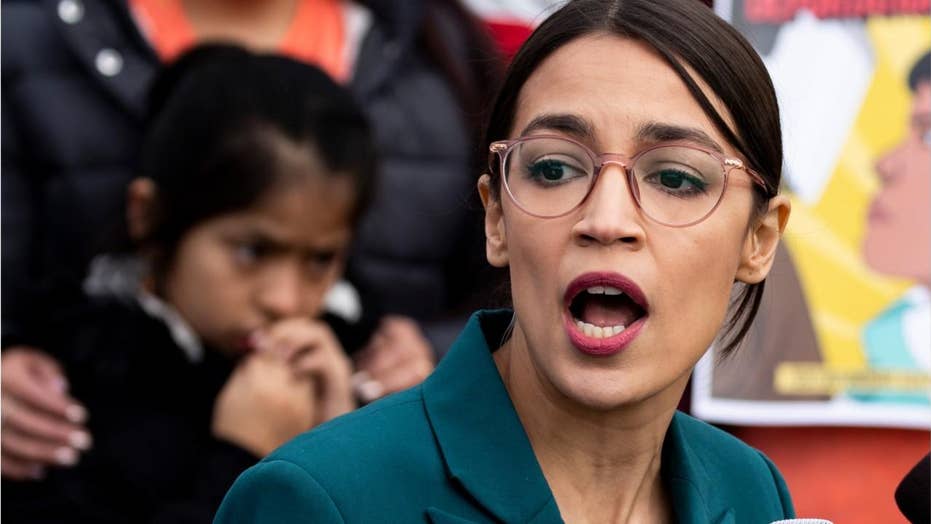 U.S. Rep. Alexandria Ocasio-Cortez made her getaway from a St. Patrick’s Day parade in a for-hire minivan despite being just blocks from a Queens subway station.

U.S. Rep. Alexandria Ocasio-Cortez made her getaway from a St. Patrick’s Day parade in a for-hire minivan on Sunday — despite being just blocks from a Queens subway station.

The leading advocate for the proposed “Green New Deal” hopped into a white Chrysler Town and County with livery plates around 1:20 p.m. after marching just part of the way in the 20th annual “St. Pat’s for All” parade through Sunnyside and Woodside.

The 2016 model of the vehicle gets an average of just 17 mpg in the city on regular gas, according to the US Department of Energy.

Hours earlier, Ocasio-Cortez (D-The Bronx, Queens) defensively tweeted against The Post for exposing her penchant for traveling in gas-guzzling private vehicles instead of using mass transit.

“Living in the world as it is isn’t an argument against working towards a better future,” she claimed.

Ocasio-Cortez and two aides were picked up at 48th Street and Skillman Avenue, less than four blocks from the 7 train’s 46th Street-Bliss Street station.

Her spokesman declined to say where she was going, or why she opted against the subway.

During her winning bid for Congress, Ocasio-Cortez’s campaign spent nearly $30,000 on more than 1,050 rides in Ubers, taxis and other for-hire vehicles, according to filings with the Federal Election Commission.