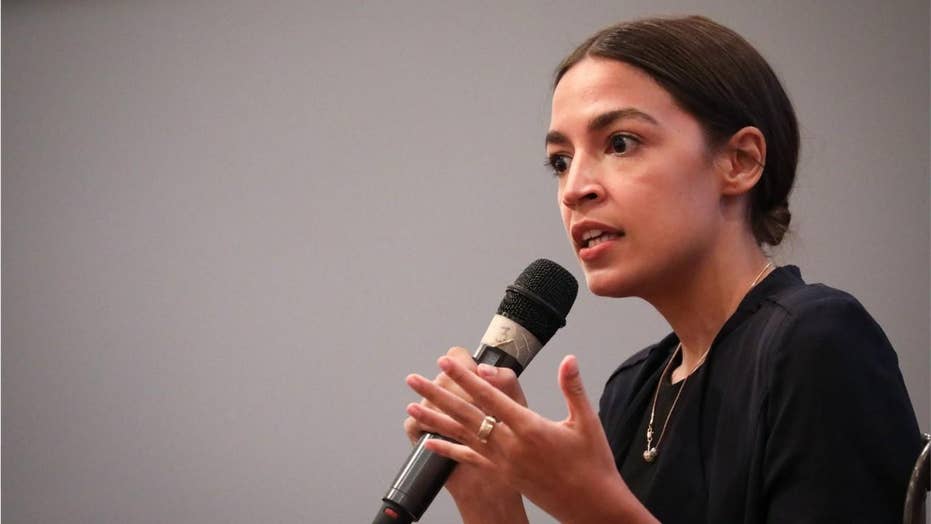 During a fundraiser in Washington D.C., liberal Democratic House candidate Alexandria Ocasio-Cortez called for all fossil fuel production to stop or else civilization has 12 years left to save the planet from catastrophe.

It wasn’t to speak with Pelosi about her run for House speakership. But to join an impromptu sit-in outside of Pelosi’s office to push for congressional action on climate change.

“We need to tell her that we’ve got her back in showing and pursuing the most progressive energy agenda that this country has even seen,” Ocasio-Cortez said while standing in the middle of a group of around 200 protestors holding signs reading “Green Jobs For All.”

The protesters wants Democratic leaders to put forward a "Green New Deal" that includes a swift transition to 100 percent renewable energy in line with findings of a recent report on climate change by United Nations. Fox News has learned 51 protesters were arrested Tuesday after refusing to leave a hallway outside Pelosi's office.

Pelosi, who was in New York on Tuesday, has been a major advocate for the battle against climate change and the protestors were hoping to pressure the presumptive next House speaker to push to put climate change on the agenda when the new Congress starts session in January.

She has pledged to reinstate a special committee on climate change after Democrats take control of the House.

“We are inspired by the energy and activism of the many young activists and advocates leading the way on the climate crisis, which threatens the health, economic security and futures of all our communities,” Pelosi said in a statement on Tuesday. “We welcome the presence of these activists, and we strongly urge the Capitol Police to allow them to continue to organize and participate in our democracy.

While she was previously House Speaker, Pelosi pushed through the passage of the controversial “cap and trade” climate bill in 2009, but the matter was never taken up in the Senate.