Trump extends an olive branch to Democrats in SOTU speech

The president presented a 'down-the-middle' compromise on immigration, and also hopes to build bipartisan support for a $1.5 trillion infrastructure program; John Roberts has the roundup for 'Special Report.'

Rep. Alexandria Ocasio-Cortez, D-NY, criticized President Donald Trump Tuesday for what she called his “unprepared” State of the Union address.

The Democratic socialist claimed that Trump’s remarks tying socialism to Venezuela was an “ad hominem attack” because many of her proposals have polled favorably among likely voters like a 70 percent tax hike on incomes more than $10 million and the desire to address climate change.

“What we really need to realize is happening is that this is an issue of authoritarian regime versus democracy and in order for him to try to dissuade or throw people off the scent of the trail, he has to really make and confuse the public,” Ocasio-Cortez continued. 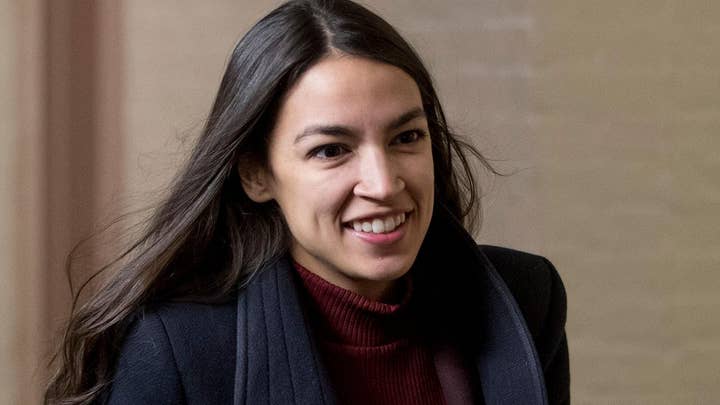 The congresswoman was accompanied by Ana Maria Archuila, an activist and alleged assault victim who is best known for confronting former Sen. Jeff Flake, R-AZ, in an elevator during the contentious confirmation of Supreme Court Justice Brett Kavanaugh.

When asked by MSNBC anchor Brian Williams of how she felt being in the same chamber as Kavanaugh, Archuila responded by saying it was “sad.”

“I am sad that the Supreme Court is tainted by a process that puts someone accused of sexual assault in the highest court of the land,” Archuila said. “And in many ways, I feel sad for the many decisions that Kavanaugh is gonna make that are gonna impact many, many people… and those decisions are always going to be tainted by a process I continue to believe was irresponsible and the people deserve better.”