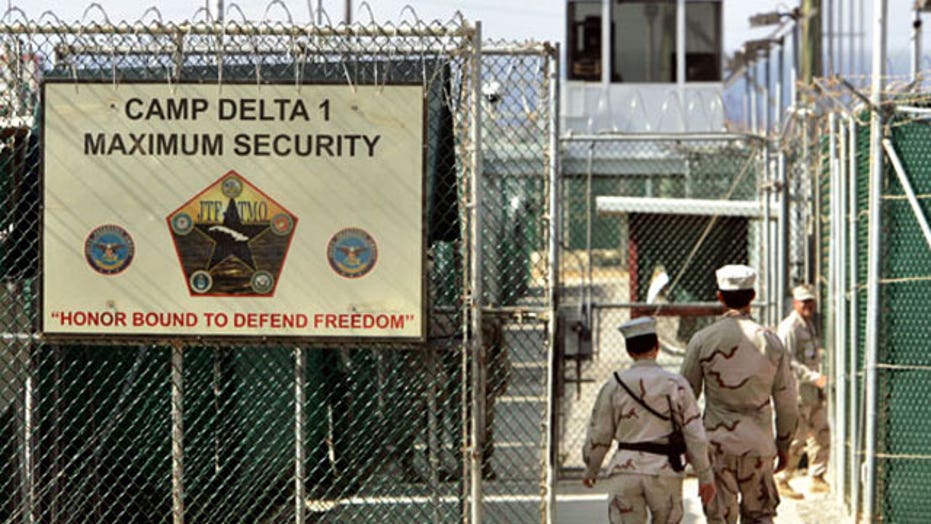 Lt. Col. Tony Shaffer on the future of the prison at Guantanamo Bay

The final defense bill will not have a provision giving the president the power to transfer terror suspects to the U.S.  if Congress signs off on the plan, said Sen. Carl Levin.

Levin backed the authority for Obama to transfer the suspects and enthusiastically heralded it in May as the “path to close Guantanamo.”

The House and Senate are expected to vote and overwhelmingly approve the sweeping policy bill in the coming days, sending it to Obama.

The president has pushed to close the post-9/11 prison since his inauguration in January 2009. He has faced strong resistance from Republicans and some Democrats in Congress who don't want terror suspects housed in U.S. facilities and have warned of suspects returning to the fight when they are transferred to their home countries.

In the previous version of the defense bill, the Senate Armed Services Committee included the provision authorizing the transfer of terror suspects to the U.S. for “detention, trial and incarceration.”

Currently, the prison holds 142 men, including 73 already cleared for release.

Obama was approached by a store patron during his holiday shopping Saturday.

"Hope you can close Guantanamo," said the patron.

"We're working on it," Obama replied, then jokingly added to the nearby crowd of shoppers: "Any other issues?"

The U.S. has released a number of prisoners over the last few weeks.

Saudi national Muhammad al-Zahrani was allowed to return to his country Nov. 22 after five prisoners were released a few days prior.

The board cleared him for release in October, citing a number of factors, including his willingness to participate in the Saudi rehabilitation program.

Al-Zahrani was the 13th prisoner to leave Guantanamo Bay this year and the seventh in just the past couple of weeks. Officials have said more prisoners will be released in the coming weeks as part of a renewed effort to close the site. Seventy-three are already cleared for release.