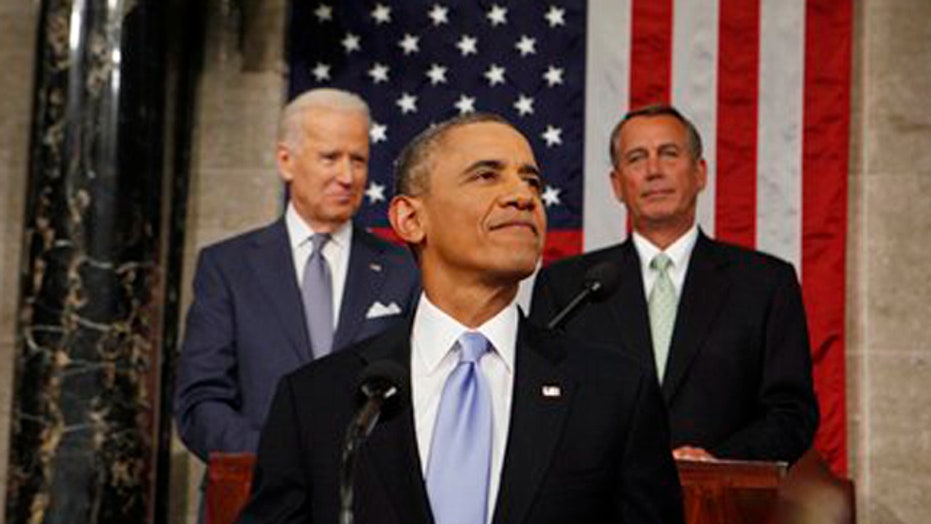 Obama: Climate Change is a Fact

The Obama administration’s next executive action will seek to aid farmers who claim they are impacted by climate change.

Agriculture Secretary Tom Vilsack will announce the creation of seven "climate hubs" located across the country at a White House briefing Wednesday afternoon. The initiative is part of President Obama’s “Climate Action Plan,” which he first launched last June, and follows a promise he made during his State of the Union address.

"Today, (farmers, ranchers and forest landowners) face a new and more complex threat in the form of a changing and shifting climate, which impacts both our nation’s forests and our farmers’ bottom lines,” Vilsack will say, according to prepared remarks.“USDA's climate hubs are part of our broad commitment to developing the next generation of climate solutions.”

Based at existing Agriculture Department facilities, the hubs will assess local climate risks, such as drought and wildfire, then develop plans for dealing with them, such as improved irrigation techniques. The ultimate goal is to synchronize the federal government's preparation and resources with other entities, including state governments, tribal communities, and other locations.

The seven hubs will be at the following locations: