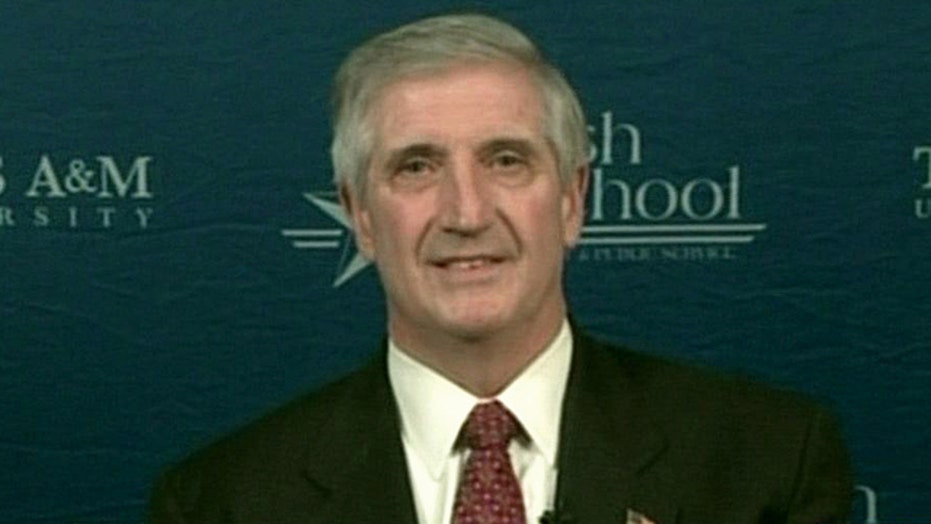 From the health care overhaul to the killing of Usama bin Laden, President Obama's first term was marked by major changes, major accomplishments and major controversies.

As the president launches into the next four years, the following is a look back -- by the numbers -- on the first four.

Addresses to the nation: 9

Addresses to Congress, including State of the Union: 6

American Recovery and Reinvestment Act (aka, the stimulus)

In this Thursday, Oct. 25, 2012, photo, a sign attracts job-seekers during a job fair at the Marriott Hotel in Colonie, N.Y. According to government reports released Friday, Nov. 2, 2012, the U.S. economy added 171,000 jobs in October, and the unemployment rate ticked up to 7.9 percent. (AP Photo/Mike Groll) (AP)

Patients are cared for at the emergency room at Jamaica Hospital is seen in New York, Monday, March 22, 2010. (AP Photo/Seth Wenig) (AP)

Number of people without health insurance in 2009: 50.7 million

Number of people without health insurance in 2011: 48.6 million