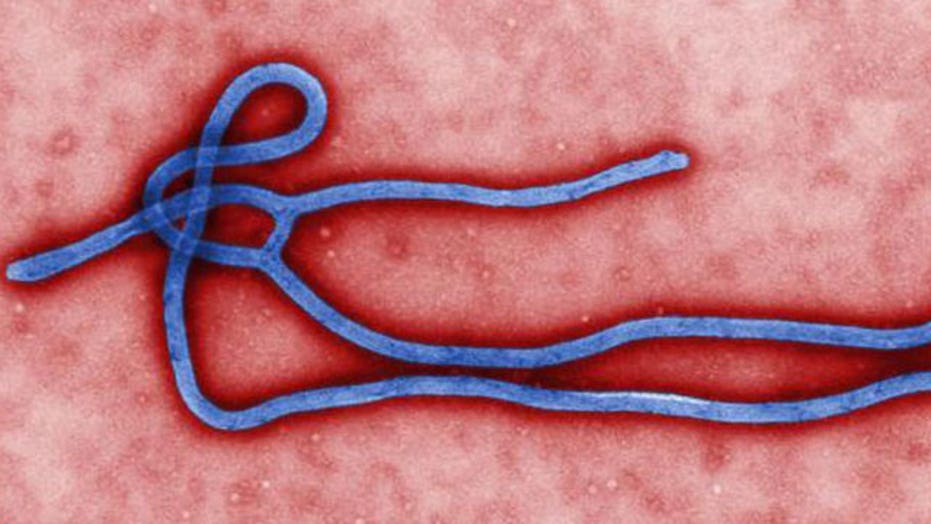 Should Obama be seeking $6.2B to fight Ebola?

How the disease can be handled better

The Obama Administration’s proposed $6.18 billion emergency package to combat the Ebola epidemic is drawing skepticism from conservative analysts who suggest the crisis is being used to jam a massive dose of spending through the lame-duck Congress before a Republican majority takes over both Senate and House next January.

Their concern comes amid a rising chorus of statements from U.S. and international organizations, including United Nations agencies, urging more and faster international aid spending to ward off starvation and childbirth deaths in West Africa as a result of Ebola.

So far, the Administration has largely limited itself to providing a broad-brush sketch of the various areas where it intends to shower funds, including $4.64 billion for “immediate needs” and another $1.54 billion as a contingency “to ensure that there are resources available to respond to the evolving epidemic both domestically and internationally,” as the White House declared on November 5.

The amounts are far in excess of the $988 million that the United Nations itself declared was necessary for an emergency response plan that extends from September 2014 to February 2015, and that is already two-thirds funded. (The U.S. has already donated $115 million to the plan.)

The U.N. has created a special Mission for Emergency Ebola Response, or UNMEER, that is intended to coordinate the anti-Ebola effort among a welter of U.N. agencies that are getting involved; UNMEER is looking for another $108 million in support. The Administration emergency spending proposal includes $35 million for UNMEER, or about one-third of the total required.

Meantime, other international organizations have also stepped up, with the World Bank, for example, providing some $500 million in Ebola aid to West Africa.

“In general, we are sort of aghast at the process,” says Steven Bucci, director of the Allison Center for Foreign Policy Studies at the conservative Heritage Foundation. “This is a really poor way to respond. While clearly there is a need for some emergency measures, parts of this package don’t go into effect for months. For the President to roll out it out this way as an emergency is really disingenuous.”

“I wish I could get money like this,” declared Dr. Tom Stossel, a visiting professor for health care studies at the American Enterprise Institute. Stossel, a blood specialist at Brigham and Women’s Hospital in Boston and American Cancer Society Professor of Medicine at Harvard Medical School, also works with a charitable medical and dental center in Zambia.

“I can go along with the idea that we need to stop this outbreak in Africa, but the question is what all the dollars are really being used for. This is a very straightforward problem. There have been a few Ebola outbreaks in the past; this one is bigger. But I don’t see anything so far except throwing money at various government agencies.”

As outlined in a lengthy memo from the White House Office of Management and Budget, uses for the Administration’s emergency billions range from building Ebola centers at home (about 50) and across swathes of West Africa, to ramping up training of personnel and stockpiling protective equipment, tracing victims’ contact patterns and adding to Ebola education and outreach, to such grim business as helping to create safe burial teams that help limit the further spread of the disease.

But they also include such broad topics as “addressing food insecurity and other adverse impacts of the outbreak in affected areas,” and “testing and development of new vaccines, therapeutics and diagnostics,” both of which could take years to accomplish.

Even though the Administration says that some remedies may be available within months, “this epidemic is going to be long over before some of these measures are available,” argues Stossel.

Moreover, the emergency proposal extends beyond Ebola itself to cover unspecified “other infectious diseases and public health emergencies both at home and abroad.”

Observes Stossel: “These are diseases we don’t even know about.”

Equally unspecified “global health security capacity in vulnerable countries” is apparently needed to “prevent, detect, and rapidly respond to outbreaks before they become epidemics”—which is exactly what did not happen in the case of Ebola, despite warnings from the independent Doctors Without Borders as far back as last March that such an “unprecedented” epidemic threatened.

CLICK HERE FOR THE OMB MEMO AND ADMINISTRATION COVERING LETTER

The emergency package includes $1.83 billion for the Centers for Disease Control and Prevention to respond to Ebola and “other” infection diseases in this fashion—not to mention to be used for the “purchase and insurance of official motor vehicles in foreign countries."

But a major thrust of the request seems to be to support an Administration initiative known as the  Global Health Security Agenda, which was launched in February 2014—months before Ebola was recognized as a resurgent scourge.

According to the website nestled in the Department of Health and Human Services, the agenda is intended to do far more than treat an emergency. It is intended to “accelerate progress toward a world safe and secure from infectious disease threats and to promote global health security as an international security priority.”

Among other things, the Agenda puts its efforts in the context of a 5-year plan involving at least 30 partner countries (and such organizations as the WHO) that will include “a sequence of events to develop commitments, empower leaders to take specific actions by elevating attention to the issue, and measure progress.”

Even while it lays the groundwork for a long-range, global health security scheme, the President’s emergency Ebola packages also includes $1.98 million for USAID, the State Department’s anti-poverty arm to use on a welter of things.

These range from “additional assistance to address humanitarian needs and support the recovery of affected countries in the region,” to help for “a regional logistics network to support the international crisis response” to bolstering “social mobilization and community outreach in the region.”

By way of comparison, Dr. Ariel Pablos-Méndez, USAID’s Assistant Administrator for Global Health, told Congress last August that over the past decade that his agency had spent a total of $1 billion on its Emerging and Pandemic Threats program that was “strengthening the capacity of 18 countries in Africa and Asia to more quickly and effectively detect and respond to viral threats, including Ebola.”

Spending on that program during fiscal 2014, he testified, had amounted to $72.5 million.

According to the emergency package memo, however, more than 10 times that amount ($751 million) would now be set aside purely as a contingency fund for CDC, with another $792 million for unspecified “Department of State and International Assistance programs”—though some of that money could apparently also be transferred to the Department of Homeland Security if required.

“As the rapidly evolving and unpredictable outbreak progresses, it is necessary to have maximum flexibility to respond quickly,” the OMB document argues.

Another way of putting that, notes Heritage’s Bucci, is “let’s not waste this crisis. The measures here show both a lack of real planning and a ton of political calculation.”

Congress will get a more amplified exposure to the Administration’s emergency aims and intentions at a House Foreign Affairs Committee hearing on Thursday, where an array of top officials will testify.

But meantime, one organization that will not benefit directly from any of the massive spending program the Administration intends to unleash will be the outfit that first raised the international warning flag and is still considered to be in the forefront of actually fighting the disease in West Africa, Doctors Without Borders.

To maintain its independence as a medical and humanitarian organization, DWB spokesman Tim Shenk told Fox News that the organization, even while it urges governments to provide aid to stricken African countries on a flexible basis, “doesn’t take U.S. government funding.”

George Russell is editor-at-large of Fox News and can be found on Twitter: @GeorgeRussell or on Facebook.com/George Russell