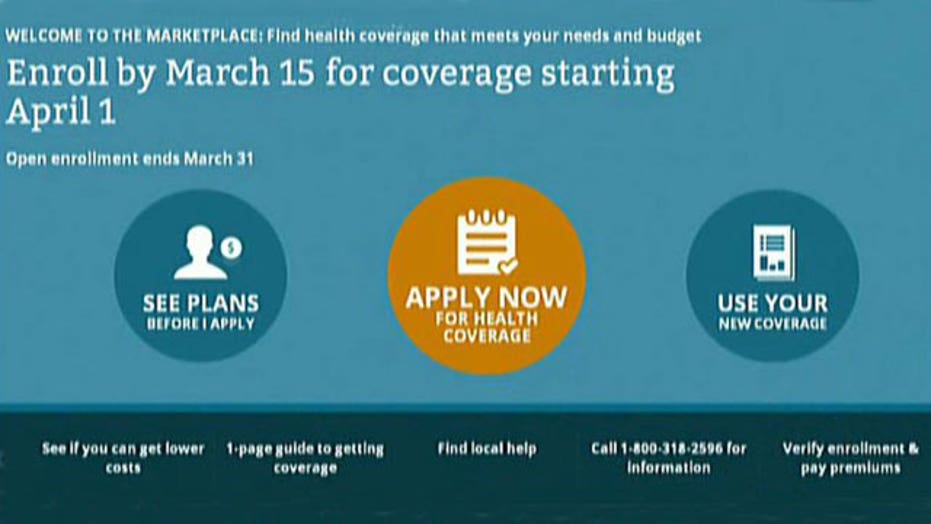 Report predicts 11 million will be affected

Republicans renewed their fight against ObamaCare on Monday in response to a new report in which the Centers for Medicare & Medicaid Services concludes that 11 million small business employees may see their premiums rise under the law.

The report, released Friday, says the higher rates are partly due to the health law's requirement that premiums can no longer be based on a person's age. That has sent premiums higher for younger workers, and lower for older ones.

The estimate is far from certain, partly because many small businesses renewed their policies in 2013. Renewing before the end of the year allowed them to avoid higher premiums that went into effect Jan. 1, when coverage was required to conform to the law.

Also limiting the certainty of the estimate is the fact that the report looks at three specific provisions of the Affordable Care Act. Employers' decisions will be based on more factors, according to the Centers for Medicare & Medicaid Services.

Still, Republicans were quick to pounce on the report, which was requested by House Speaker John Boehner and was due before the end of 2011.

"This is another punch in the gut for Americans already struggling in the president’s economy," Boehner said in a statement. "It's clear why the administration sought to delay and deemphasize the release of this report. It undermines the central promise of the president’s health care law: affordable coverage."

"These 11 million people who will see their premiums spike are 11 million more reasons to repeal this law and start over with common sense reform that will make care more affordable, not more costly."

House Small Business Committee Chairman Rep. Sam Graves, R-Mo., said the report is the latest piece of bad news for the law, which hit a snag earlier this month after the Obama administration announced another delay in requiring businesses to provide health coverage.

"The fact that two-thirds of Americans who work at small businesses will see premium increases because of the health law is devastating news. This is one more in a long line of broken promises from President Obama and Washington Democrats," Graves said in a statement.

The report did not estimate by how much premiums are expected to increase or decrease, and did not consider other parts of the law that can impact the cost of plans, such as tax credits designed to encourage employers to offer health insurance coverage, the Journal reported.

"Since the Affordable Care Act became law, health-care costs have been slowing and premium growth has slowed to the lowest rate in years," Joanne Peters, a spokeswoman for the Department of Health and Human Services, told the newspaper. "The law is making it easier for businesses to offer coverage."