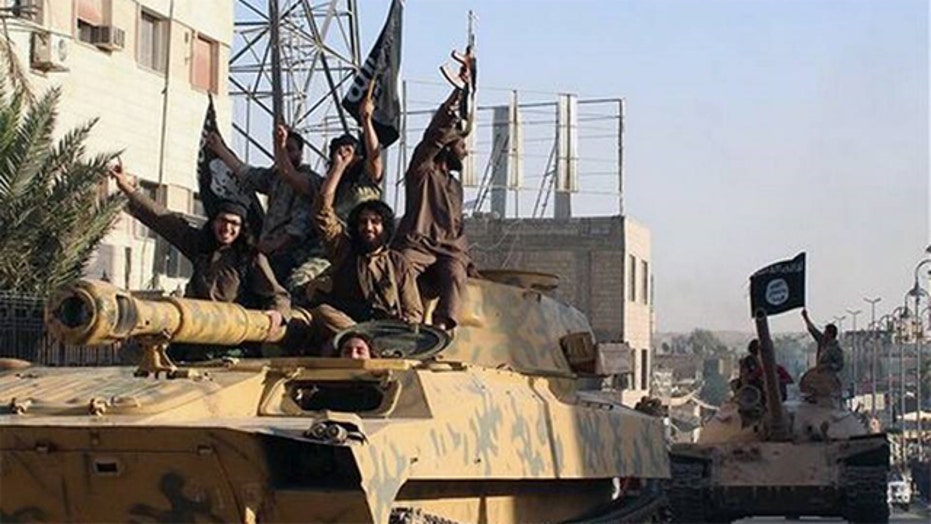 Obama ready to order airstrikes against ISIS in Syria

President Obama, in his prime-time address to the nation about the threat of the Islamic State, plans to vow a “relentless effort” to wipe out the terrorists “wherever they exist.”

In brief excerpts released by the White House ahead of the president’s Wednesday night address, Obama also says that the U.S. will lead a “broad coalition” whose objective is to “degrade and ultimately destroy” the Islamic State, also known as ISIS or ISIL.

"But I want the American people to understand how this effort will be different from the wars in Iraq and Afghanistan,” he says. “It will not involve American combat troops fighting on foreign soil. This counter-terrorism campaign will be waged through a steady, relentless effort to take out ISIL wherever they exist using our air power and our support for partner forces on the ground.”

Obama was also expected  to lay the groundwork for airstrikes inside Syria in his address to the nation, with one Defense official telling Fox News those strikes could start within 30 days.

“The border is not going to stop U.S. airstrikes,” another U.S. official told Fox News.

The comments shed light on the president’s approach to the thorny Islamic State threat, though he is nevertheless expected to stop short Wednesday night of directly announcing U.S. strikes on the terror organization’s hub inside Syria.

Instead, Obama is expected to press Congress to approve arming moderate Syrian opposition forces. The president is seeking authorization from Congress for a train-and-equip operation for Syrian rebels, similar to a request he made over the summer.

The push is part of the overall strategy Obama will lay out in his prime-time address, a high-profile chance for the president to make clear to the American public – and U.S. allies – how far the administration is willing to go to counter and defeat the Islamic State.

But the aid request appears to be directly tied to potential plans to launch airstrikes in Syria.

According to one White House aide, the president is escalating the call for more aid to the rebels so they could act as the ground troops to support potential U.S. airstrikes against ISIS.

The Obama administration already is pursuing a similar strategy in Iraq, where U.S. airstrikes are backed by Iraqi and Kurdish security forces on the ground -- as opposed to U.S. ground troops.

A White House aide told Fox News the president has already asked congressional leaders, with whom he met late Tuesday, to quickly pass a bill giving him the power to ramp up support to Syrian rebels.

So far, the request is getting a mixed response on the Hill.

There is bipartisan anxiety about helping Syrian rebels, in part because of the potential to add instability to a region already in upheaval. Officials said Obama made two specific requests of lawmakers as they drafted a sweeping spending bill to keep the government open past the end of the Sept. 30 budget year.

The White House request asks for "authority to train and equip appropriately vetted elements of the Syrian armed opposition to help defend the Syrian people from attacks by the Islamic State of Iraq and the Levant (ISIL) and the Syrian regime" as well as stabilize areas in Syria under rebel control.

However, a vote on the bill was postponed late Wednesday. House Majority Leader Kevin McCarthy, R-Calif., said it would be delayed pending the president's request for spending to fight ISIS.

"It's clear to me that we need to train and equip Syrian rebels and other groups in the Middle East that need some help," Reid, D-Nev., said Wednesday. "The president has tried to get that from us and we should give it to him. That's one way of helping to build an international coalition."

A senior GOP aide said Republican leaders were keeping an open mind on the subject but noted that lawmakers in both parties have expressed reservations about the administration's lack of follow-up details to earlier requests for assistance to Syrian rebels.

Reid spokesman Adam Jentleson said Reid may opt to press the idea as legislation separate from the government-wide funding bill. That's also an option for the GOP-led House.