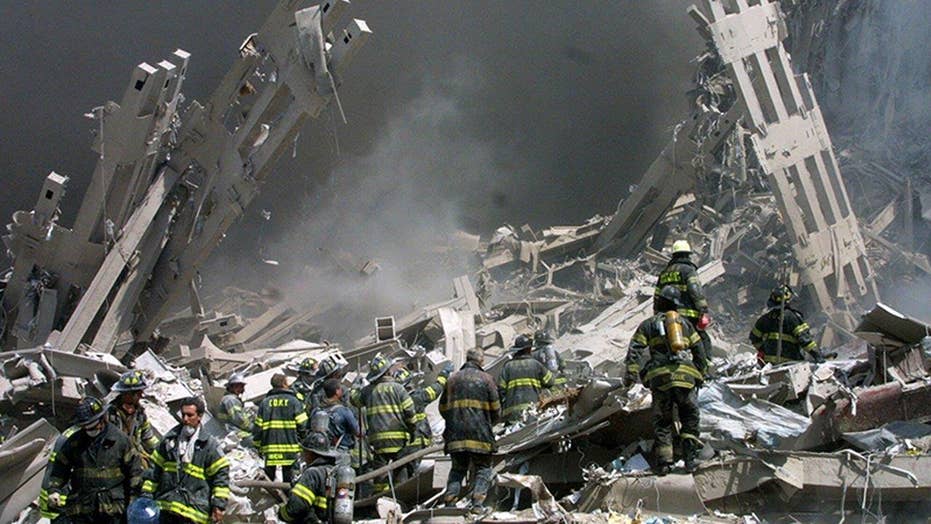 Should Obama declassify 9/11 docs that may show Saudi link?

President to make decision on 28 pages of sealed documents

President Obama will decide whether to declassify 28 pages of sealed documents — which some suspect show a Saudi connection to the 9/11 attacks — within 60 days, according to a former senator who co-chaired the 2002 joint congressional inquiry into the attacks.

Former Florida Democratic Sen. Bob Graham told Fox News late Tuesday that the White House had informed him that a decision on whether to declassify the documents would be made in one to two months.

Graham, who has pressed for the documents to be made public, told Fox he was "pleased that after two years this matter is about to come to a decision by the president."

Both the George W. Bush and Obama administrations have refused to unseal the documents, claiming it would jeopardize national security. Critics claim the reluctance is a calculated move to hide Saudi Arabia’s involvement in the attacks that killed almost 3,000 people.

Obama had come under renewed pressure to release the documents ahead of a planned presidential trip to Saudi Arabia for a summit of Gulf leaders next week.

Sen. Kirsten Gillibrand, D-N.Y., told CBS’ “60 Minutes” she believes the documents, which she has seen, should be made available to the family members of 9/11 victims.

“I don’t know how the Saudi government will react to it, but I think it’s just information,” Gillibrand said Sunday.

Gillibrand is among a growing, bipartisan group of lawmakers advocating for the release of the documents.

"If the president is going to meet with the Saudi Arabian leadership and the royal family, they think it would be appropriate that this document be released before the president makes that trip, so that they can talk about whatever issues are in that document," Gillibrand said.

Asked about the renewed information requests on Tuesday, White House Press Secretary Josh Earnest said he doesn’t know whether Obama has read the 28 pages but they are the subject of an intelligence community “classification review.”

Earnest said Obama has “confidence” in their ability to “consider those documents for release.” Asked about any potential Saudi ties to 9/11, Earnest cited the 9/11 Commission's findings that there was no evidence the Saudi government or senior Saudi officials funded Al Qaeda.

"As the former Ranking Democrat on the House Intelligence Committee and top the House Democrat on the Joint Congressional investigation looking into the 9/11 attacks, I agree with former Senator Bob Graham that these documents should be declassified and made public, and that the Bush Administration's refusal to do so was a mistake," Pelosi said in a written statement. "I have always advocated for providing as much transparency as possible to the American people consistent with protecting our national security."

Some Saudi connections to the attacks are already well-known, including that 15 of the 19 hijackers were Saudi Arabian citizens -- and that mastermind Usama bin Laden was the son of a wealthy Saudi Arabian contractor with close ties to the Saudi royal family.

“There are a lot of rocks out there that have been purposefully tamped down, that if were they turned over, would give us a more expansive view of the Saudi role,” Graham told "60 Minutes."

Fox News earlier reported on the Saudi connection to the 9/11 hijackers and the mysterious 28 pages in a 2011 documentary called “Secrets of 9/11.”

Graham has said in the past the 28 classified pages lay out a network of people he believes helped the hijackers obtain housing in the U.S. and enroll in flight school.

"And when we say, 'the Saudis,' you mean the government, the -- rich people in the country? Charities?" Kroft pressed.

"All of the above," Graham confirmed.

Nineteen militants associated with Al Qaeda hijacked four airliners and carried out attacks in New York, Washington, D.C. and Pennsylvania on 9/11. Two of the planes were flown into the World Trade Center in New York City. Another plane hit the Pentagon while a fourth crashed in a field in Pennsylvania.

The United States went after the masterminds behind the attack and, in May 2011, killed the terror group’s leader Usama bin Laden.