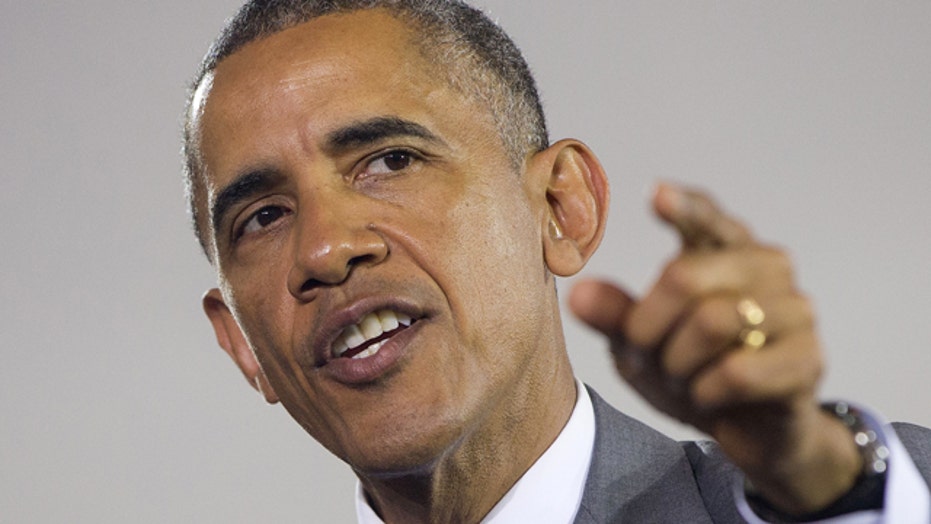 President Obama suggested on Friday that Iran could receive significant economic relief immediately after concluding a deal to curb its nuclear program, a gesture towards one of Tehran’s key demands.

Obama said such a move would depend on the final accord allowing international sanctions to be quickly re-imposed if Tehran violated the agreement it is now negotiating with global powers. The administration has said the U.S. prefers sanctions would be lifted in phases as Iran meets certain requirements.

“Our main concern here is making sure that if Iran doesn’t abide by its agreement that we don’t have to jump through a whole bunch of hoops in order to reinstate sanctions,” the president said at a news conference. “It will require some creative negotiations,” Mr. Obama said, adding, “I’m confident it will be successful.”

Such solutions could potentially include a faster timetable for lifting sanctions and also freeing up tens of billions of dollars in Iranian oil revenue that has been frozen, though Obama made no reference to that money.

Later, seeking to clarify the president’s comments, a White House official said Obama “will not accept a deal without phased sanctions” relief.

How sanctions would be lifted under is becoming a flashpoint as Iran and the West try to move from a preliminary agreement made earlier this month to a final deal by a June 30 deadline.

Obama, at the news conference, which came after meeting with Italian Prime Minister Matteo Renzi, said the level and timing of sanctions relief are less important to the U.S. than the measures that will determine how quickly sanctions can be re-enacted if Iran breaks any final agreement.

On both the lifting of sanctions and the “snap back” provisions that put them back in place if Iran is in violation, Obama said U.S. negotiators will be seeking “formulas that get to our main concerns while allowing the other side to make a presentation to their body politic that is more acceptable.”