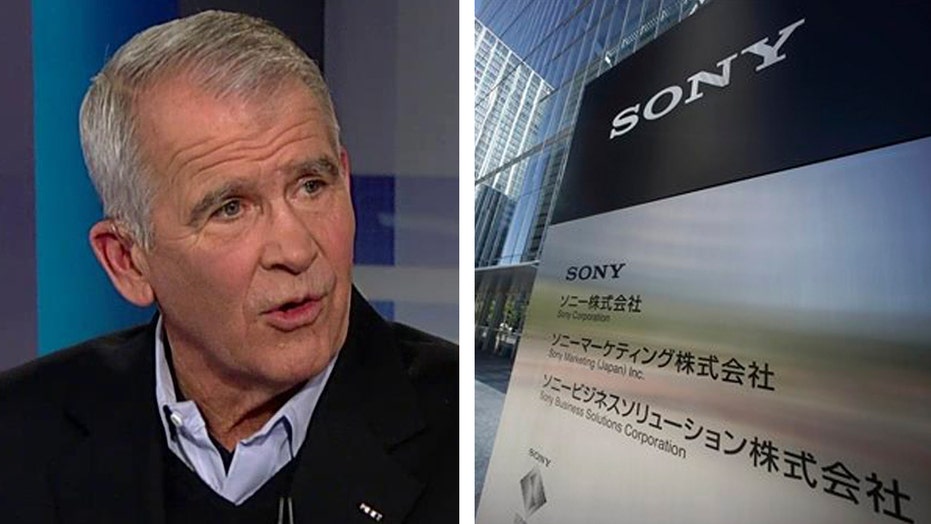 Is a cyber attack an act of war?

President Obama said Friday he thinks Sony "made a mistake" in choosing not to release "The Interview" in the wake of the devastating hacking attack which he blamed on North Korea, while vowing that the U.S. "will respond."

The president addressed the breach, at a year-end press conference, for the first time since Sony Pictures Entertainment canceled its high-profile movie release. He also spoke shortly after the FBI formally blamed Kim Jong Un's regime for the cyber-attack.

"We will respond," Obama vowed, while offering no details on what that response might entail.

He mocked the North Korean regime for launching an "all-out assault" over a satirical movie, but he also chided Sony for responding by shutting down the movie's release.

"I think they made a mistake," Obama said.

While saying he sympathizes with their situation and the concerns they faced, he said: "We cannot have a society in which some dictator some place can start imposing censorship here in the United States."

Obama said that if somebody can "intimidate" a company out of releasing a satirical movie -- in this case, one about a plot to execute North Korea's leader, starring Seth Rogen and James Franco -- "imagine what they start doing when they see a documentary that they don't like or news reports that they don't like."

Obama warned against "self-censorship," adding: "That's not who we are."

Sony Entertainment CEO Michael Lynton fired back on Friday, telling CNN that Obama, the press and others are "mistaken" about what happened. He cited the initial decision by movie theaters not to show the film, and took issue with Obama's comments. He said Sony has not "caved" or "given in" -- and wanted the public to see the movie.

The company also released a written statement citing the decision by theaters as the major factor. "We had no choice," the company said, while adding that they are looking at ways to release the film on "a different platform."

Sony has faced criticism not only from Washington but numerous actors and members of the Hollywood elite for its decision to nix the release under threats and pressure. At the same time, lawmakers and others have described the hack as a major attack with immense national security implications.

Obama, addressing those concerns, said Friday the U.S. will respond "proportionally," in a "place and time and manner" of their choosing. He also called for improvements in cybersecurity.

The Wall Street Journal reported Friday that the government is considering putting North Korea back on the list of state sponsors of terror. Asked for comment, though, the National Security Council said it would "not go into operations details about response options."

Aside from the developments with the Sony cyber-attack, earlier in the week, Obama announced a push to normalize relations with Cuba following the release of American Alan Gross from Cuban custody after five years.

Obama has faced heavy criticism from Republicans and Cuban-American lawmakers of both parties for that decision. On Friday, he claimed he has no illusions about the nature of the Castro regime. "This is still a regime that represses its people," he said.

But he defended his decision, saying that nothing has changed after 50 years of the same policy, and it's time to try something different. He claimed Cuba will be "open to the world" in ways it hasn't been before. His State Department plans to open an embassy in Havana for the first time in decades, though Congress could try to block the move.

Obama also wants Congress to lift the embargo on Cuba, though he acknowledged Friday there would be a "healthy debate" on that in Congress.

Obama and his family plan to leave next for their annual holiday vacation in Hawaii. He's due back in Washington in early January.

The president faces big obstacles on Capitol Hill next year, when Republicans will take over the Senate and return with a bigger majority in the House. Foreign policy problems also persist in the Middle East and between Russia and Ukraine.

Obama said Friday he thinks there are "real opportunities" next year to "get things done."