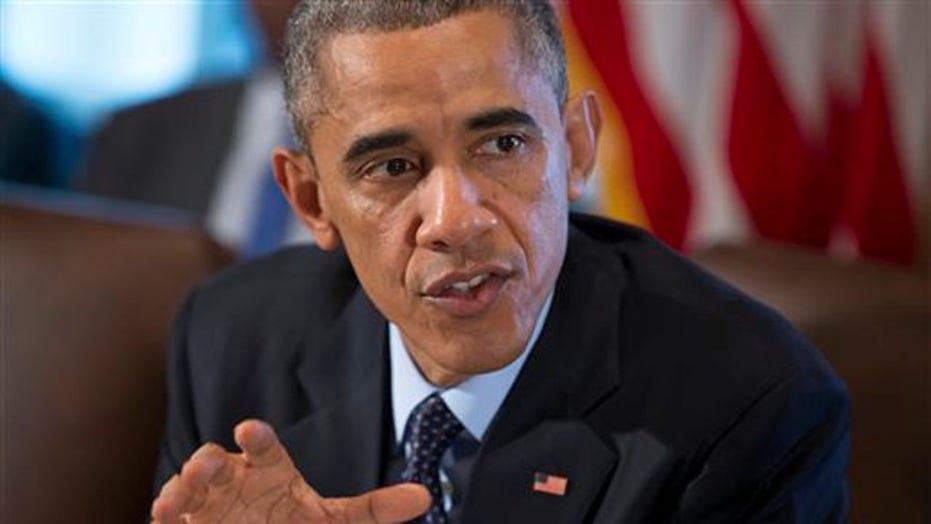 Political Insiders on the debate over immigration reform

President Obama repeated Sunday that he intends to change U.S. immigration law through executive action, over Republican leaders’ repeated requests to wait and dire warnings about the consequences of sidestepping Congress.

“I’m going to do what I need to do,” Obama told CBS’ “Face the Nation,” in an interview taped on Friday.

As he has said before, the president said he would prefer that reform legislation come through Congress, but that he has waited for more than a year for House Speaker John Boehner to pass a bill like the Democrat-controlled Senate has done.

“If a bill gets passed, nobody would be happier than me,” Obama said.

His remarks followed similar ones made Wednesday, which brought dire warnings from Boehner and Senate Minority Leader Mitch McConnell that were followed by more on Sunday.

“I believe [executive action] will hurt cooperation on every issue,” Sen. John Barrasso, R-Wyo., told “Fox News Sunday.” “I think it would be like the president pulling the pin out of a hand grenade and throwing it in as we are trying to actually work together. I am hoping that cooler heads at the White House can prevail."

The comments by Barrasso, chairman of the Senate Republican Policy Committee, followed Boehner warning Obama that using executive action would “poison the well” and McConnell, who will likely be the Senate majority leader next year, comparing it to waving a flag in front of a bull.

“Their time hasn’t run out,” Obama told CBS, arguing that legislation passed by Congress would supersede his executive action.

To be sure, the president is under pressure to use executive action on immigration reform, after promising Americans that he would by the end of summer, then delaying any action until after the midterms, which upset Democrats’ strong Hispanic base.

Obama also said Sunday that inaction is a “mis-allocation of resources” and that the country cannot continue to deport people who should be allowed to stay and keep those who should leave.