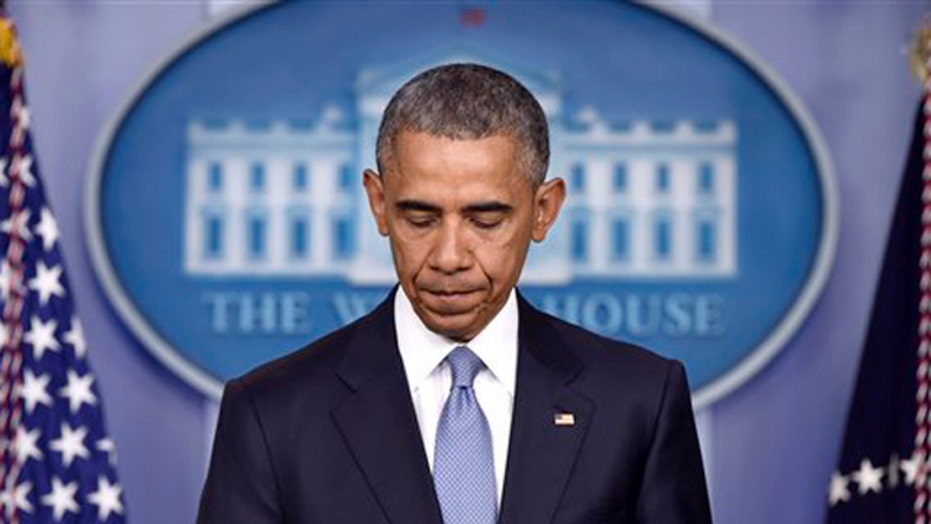 The Wall Street Journal, citing current and former U.S. officials, first reported that Obama approved a waiver exempting the CIA from proving that militants targeted in Pakistan posed an imminent threat to the U.S. According to the paper, under that standard, the agency might have been prevented from carrying out a Jan. 15 strike that killed an American and an Italian who were held hostage by Al Qaeda-linked militants.

A military intelligence source confirmed to Fox News that there are indeed looser rules in effect for CIA strikes in Pakistan. If the exemption had not been in place, the CIA would have been required to gather more information about the target, and may have delayed or put off the January strike altogether.

The deaths of Dr. Warren Weinstein and Giovanni Lo Porto have renewed debate in Washington over what, if any, new limits should be put on the drone program. After announcing the deaths of Weinstein and Lo Porto on Thursday, Obama said that he had ordered a "full review," but said the strike that killed the hostages was "fully consistent with the guidelines under which we conduct counterterrorism efforts in the region."

Drone strikes carried out by the CIA fall into two categories. Specific terror leaders are targeted due to their presence on a so-called "kill list." Strikes that target anyone on a "kill list" must be approved personally by Obama. The second type of operation is a so-called "signature strike", which does not need the president's approval and can be carried out against any suspected group of militants. It was the latter type of operation that resulted in the hostages' deaths on Jan. 15.

The Journal reports that while Obama issued a directive in 2013 aimed at eventually eliminated "signature strikes" in an effort to cut down on civilian deaths, officials say many of the changes specified in the directive either haven't been implemented or have been works in progress.

The paper also reports that the CIA's Pakistan drone strike program was initially exempted from the "imminent threat" requirement until the end of U.S. and NATO combat operations in Afghanistan. Officials told the Journal that waiver was extended when Obama decided to keep U.S. troops in Afghanistan beyond the original withdrawal date of December 2014, though it is not clear exactly when this happened.

If the "imminent threat" requirement had been extended to Pakistan, the Journal reports, the CIA would have had to carry out more surveillance of the suspected militants, possibly preventing the fatal Jan. 15 mission from being launched.

In addition to Weinstein and Lo Porto, the drone strike also killed two Americans who had leadership roles with Al Qaeda. U.S. officials told the Associated Press late last week that the compound was targeted because intelligence showed it was frequented by Al Qaeda leaders.

Late Sunday, the Wall Street Journal reported that heat sensors and other surveillance tolls indicated that there were only four people at the compound, not the six who were ultimately killed. Analysts tell the paper that they now believe Weinstein and Lo Porto were kept underground, either in a basement or a tunnel, which would have prevented them from being detected by heat sensors.