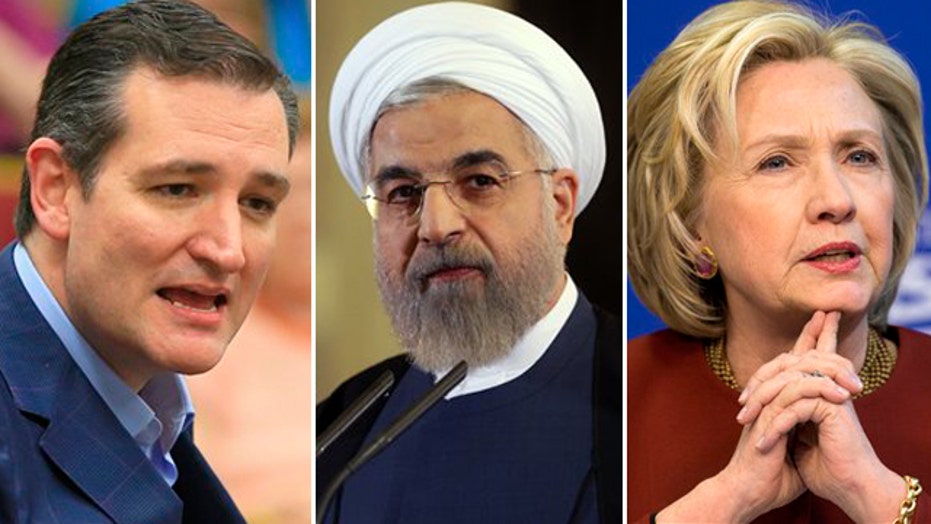 Republicans and Democrats square off for 2016

President Obama appealed to lawmakers to reconsider contentious legislation giving Congress a say on an Iran nuclear deal, as the co-author of the bill vowed to hold a key vote next week.

In an interview published Sunday, Obama said the newly agreed framework of a nuclear deal with Iran represented a "once in a lifetime opportunity" to prevent Tehran from acquiring a nuclear weapon and move toward stabilizing the Middle East.

"I've been very clear that Iran will not get a nuclear weapon on my watch, and I think they should understand that we mean it," Obama told New York Times columnist Thomas Friedman. "But I say that hoping that we can conclude this diplomatic arrangement -- and that it ushers a new era in U.S.-Iranian relations - and, just as importantly, over time, a new era in Iranian relations with its neighbors."

Obama cautioned there are many details that still need to be worked out with the Iranians and there would be "real political difficulties" in implementing an agreement in both countries.

He reiterated his opposition to legislation that would give Congress final say in approving or rejecting a deal, but said he hoped to find a path to allow Congress to "express itself."

But the chairman of the Senate Foreign Relations Committee, in an interview with "Fox News Sunday," said Congress would exercise its "rightful role" to scrutinize and approve any agreement to curb Iran's nuclear program in exchange for lifting international sanctions.

"It's very important that Congress is in the middle of this, understanding, teasing out, asking those important questions," Sen. Bob Corker, R-Tenn., said Sunday.

Corker's office said Sunday the Foreign Relations Committee would vote on April 14 on the review legislation. Amid sustained opposition from the White House, Corker said that the Senate is two or three votes shy of the 67 needed to override a vowed White House veto.

The so-called P5+1 nations -- the U.S., Britain, France, Germany, Russia and China -- have until June 30 to agree on all the details of a final deal with Iran.

"The American people want to know somebody is teasing out the information" about the deal, Corker said Sunday. "Congress has to be involved in this way."

Apart from Congress, Obama must also handle Arab allies who are skeptical about a possible agreement. The president has invited leaders of six Gulf nations to Washington this spring and said he wanted to "formalize" U.S. assistance.

The nuclear talks have marked a remarkable shift in the frozen relationship between the U.S. and Iran. It has become normal for officials from both countries to communicate and hold face-to-face meetings. Obama is yet to meet with Iranian President Hasan Rouhani, though they did speak on the phone. He has also exchanged letters with Iran's Supreme Leader Ayatollah Ali Khamenei.

Obama said the letters include "a lot of reminders of what he perceives as past grievances against Iran." But he said the concessions Khamenei allowed his negotiators to make in the nuclear talks suggests that "he does realize that the sanctions regime that we put together was weakening Iran over the long term, and that if in fact he wanted to see Iran re-enter the community of nations, then there were going to have to be changes."