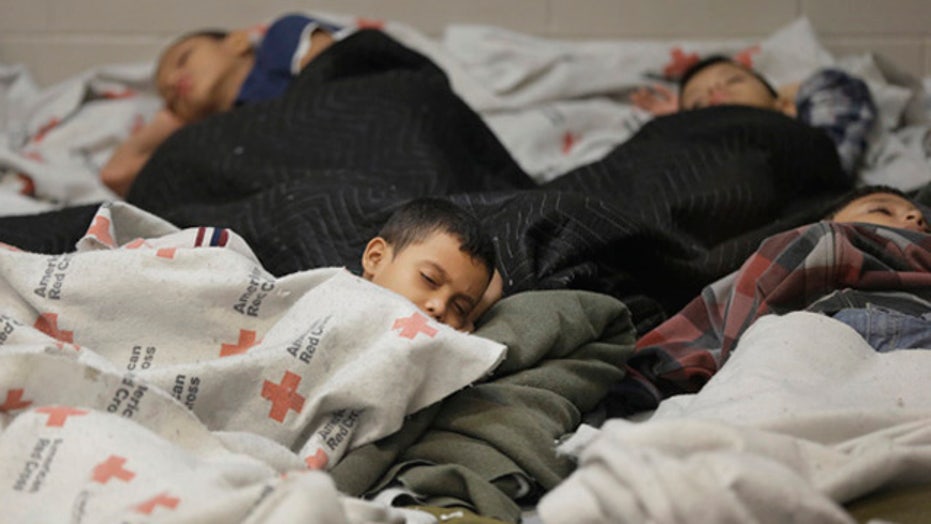 President Obama appears to be straddling both sides of the rhetorical border as he tries to explain why he's pushing off executive action on immigration until after the November elections.

Obama, speaking June 30 in the Rose Garden, initially said he planned to use executive action and pointed to the border crisis as a reason to act -- blasting Republicans for using the surge of illegal immigrant kids as an "excuse to do nothing."

"Their argument seems to be that because the system is broken, we shouldn't make an effort to fix it. ... It's just politics, plain and simple," Obama said at the time. The president said the humanitarian crisis "only underscores the need to drop the politics and fix our immigration system once and for all."

But now Democrats and Republicans alike say the president is the one who's playing politics, by pushing off executive action until after the midterms.

And the president, this time, is the one citing the border crisis as the reason to wait.

In an interview over the weekend with NBC’s “Meet the Press,” Obama said the surge has gotten “a lot of attention” and suggested that, even though the number of unaccompanied minors crossing the U.S.-Mexico border is dropping, “that’s not what the impression is on people's minds.”

Obama said he wants to “make sure that it's sustainable” when he does take action and suggested that would not be the case now.

“It's going to be more sustainable and more effective if the public understands what the facts are on immigration, what we've done on unaccompanied children and why it's necessary,” the president said. “The truth of the matter is that the politics did shift midsummer because of that problem. I want to spend some time, even as we're getting all our ducks in a row for the executive action … to make sure that the public understands why we're doing this.”

His critics aren’t buying it.

“I think it's totally politically calculated,” House Homeland Security Committee Chairman Michael McCaul, R-Texas, told “Fox News Sunday.” “He’s made this determination that if he gets out in front on this issue, it will hurt seven to eight Senate races and he could potentially lose the Senate. I think Harry Reid has sent that message clearly to the president, which is why I think you've seen him back off of this position.”

Rep. Luis Gutierrez, D-Ill., one of the biggest proponents for immigration action, complained on ABC’s “This Week” that the president was “playing it safe” and “walking away from our values and our principles.”

Gutierrez is among those calling for a massive unilateral reprieve for illegal immigrants currently in the country, something Republicans adamantly oppose.

When the idea was discussed over the summer, Republicans argued such a reprieve would only exacerbate the problem of illegal immigrant minors trekking up from Central America and into the United States.

Obama, in confirming he would push off a decision, made clear he still intends to act if Congress will not pass a comprehensive bill on its own.

“I want to make sure we get it right,” he clarified.