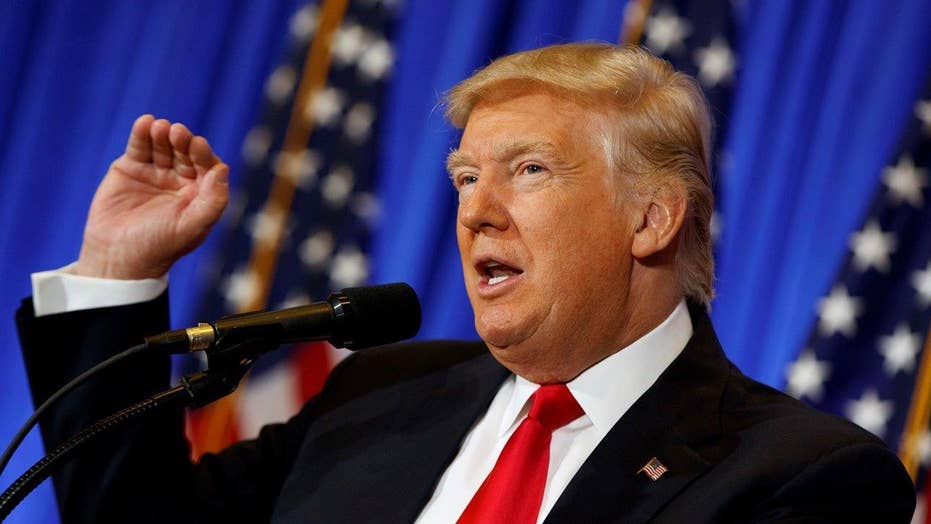 Vice President Joe Biden said Thursday that he and President Barack Obama were informed about the unverified allegations about President-elect Donald Trump by intelligence officials.

Biden said in an interview with the Associated Press that neither he nor Obama asked U.S. intelligence agencies to try to corroborate the unverified claims that Russia had obtained compromising sexual and financial allegations about Trump.

"I think it's something that obviously the agency thinks they have to track down," Biden said. He added later, "It surprised me in that it made it to the point where the agency, the FBI thought they had to pursue it."

Biden added that the briefing he and Obama received from Director of National Intelligence James Clapper and others, there were “no conclusions drawn” from the leaked dossier, which was produced in August and then released publicly this week by the media. Biden said it was "totally ancillary" to the purpose of the meeting, which was to brief Obama on a report he ordered documenting Russian interference in the U.S. campaign.

"As a matter of fact, the president was like, 'What does this have anything to do with anything?'" Biden said. He said intelligence leaders responded by saying "Well, we feel obliged to tell you, Mr. President, because you may hear about it. We're going to tell him," referring to Trump.

Biden said intelligence leaders told him and Obama that they couldn't say whether or not the allegations were true or untrue. He said there was "hardly any discussion" about the allegations in the briefing.

"Neither the president nor I asked for any detail," Biden said. But he added of the dossier: "I've read everything."

Trump confirmed earlier Thursday that Clapper spoke to him by phone, apparently sometime after a press conference in which Trump lashed out at media outlets, including Buzzfeed and CNN, that ran the story and speculated it was leaked by federal officials.

"James Clapper called me yesterday to denounce the false and fictitious report that was illegally circulated," Trump tweeted. "Made up, phony facts. Too bad!"

On Wednesday, Clapper released a rare statement addressing rising tensions between spy agency chiefs and Trump, who believes the intel community has become politicized and is working to undermine him. He also acknowledged contacting Trump directly to express "profound dismay" about the leaks to CNN and Buzzfeed — the latter of which published the unverified allegations in full.

"I emphasized that this document is not a U.S. Intelligence Community product and that I do not believe the leaks came from within the IC," Clapper said. "The IC has not made any judgment that the information in this document is reliable, and we did not rely upon it in any way for our conclusions."

Several media outlets reported that the salacious material, originally compiled by a former British intelligence officer turned political consultant, was relayed to Trump when he was briefed on the intelligence community's evidence of Russian hacking in the 2016 election.

But Trump never received any summary of unsubstantiated allegations that Russian spies had collected compromising financial and personal information about him, a highly placed transition source told Fox News Wednesday.

The source said that intelligence officials who briefed Trump on Friday brought up the allegations verbally, but added that they were "barely mentioned in passing."

A government source told Fox News that the intelligence community wanted to give Trump a heads-up that the allegations had been widely circulating and that a lot of media outlets were sitting on the story. The source said the claims did not constitute a "central element" of Trump's briefing.

CNN initially reported that Trump and President Obama were presented with a two-page summary that detailed the allegations. The report said the summary was attached to a broader report about Russian operatives' activities during the 2016 election.

At the Wednesday press conference, Trump said that he had learned details of the allegations "outside of the meeting" with intelligence officials.

"It's all fake news. It's phony stuff. It didn't happen," Trump said, later adding. "But I read what was released and I think it's a disgrace. I think it's an absolute disgrace." 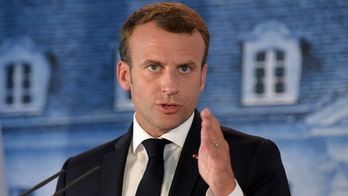