The Obama administration gave a free pass to Hezbollah’s drug-trafficking and money-laundering operations — some of which were unfolding inside the U.S. — to help ensure the Iran nuclear deal would stay on track, according to a bombshell exposé in Politico Sunday.

“This was a policy decision, it was a systematic decision,” David Asher, who helped establish Project Cassandra as a Defense Department illicit finance analyst in 2008, told Politico. “They serially ripped apart this entire effort that was very well supported and resourced, and it was done from the top down.”

When Project Cassandra leaders, who were working out of a DEA’s Counter facility in Chantilly, Virginia, sought an OK for some significant investigations, prosecutions, arrests and financial sanctions, Justice and Treasury Department officials delayed, hindered or rejected their requests, according to Politico. 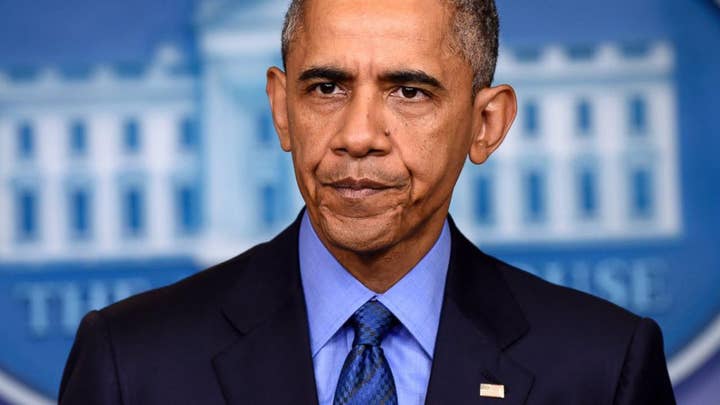 The red tape halted Project Cassandra’s efforts to curtail top Hezbollah operatives, including one of the world’s biggest cocaine traffickers who was also supplying conventional and chemical weapons used by Syrian dictator Bashar al-Assad against his own citizens. That operative's code name: the “Ghost.”

Former Obama administration officials told Politico anonymously that their decisions were guided by improving relations with Iran, stalling its nuclear weapons program and freeing four Americans prisoners held by the country. They also denied they “derailed” actions against Hezbollah out of politics.

“There has been a consistent pattern of actions taken against Hezbollah, both through tough sanctions and law enforcement actions before and after the Iran deal,” Kevin Lewis who worked at both the White House and Justice Department during the Obama administration, responded.

Asher said the closer the U.S. got to finalizing the Iran nuclear deal, the more difficult it was to conduct Hezbollah investigations. After President Obama announced the deal in January 2016, Project Cassandra officials were transferred to other assignments.

“The closer we got to the [Iran deal], the more these activities went away,” Asher 49, who speaks fluent Japanese and earned his Ph.D. in international relations from Oxford University, told Politico. “So much of the capability, whether it was special operations, whether it was law enforcement, whether it was [Treasury] designations — even the capacity, the personnel assigned to this mission — it was assiduously drained, almost to the last drop, by the end of the Obama administration.”

Hezbollah was formed by the Iranian Revolutionary Guard in 1982 to fight Israel’s invasion of Beirut. Under the leadership of Hassan Nasrallah, who took over in 1992 after his predecessor, Abbas Mussawi, was killed in an Israeli airstrike, the group moved from seeking to implement an Iranian-style Islamic republic in Lebanon to focusing on fighting Israel and integration into Lebanon’s sectarian-based politics.

Nasrallah, now 57, has played a key role in ending a feud among Shiites, focusing attention toward fighting Israel and later expanding the group’s regional reach.