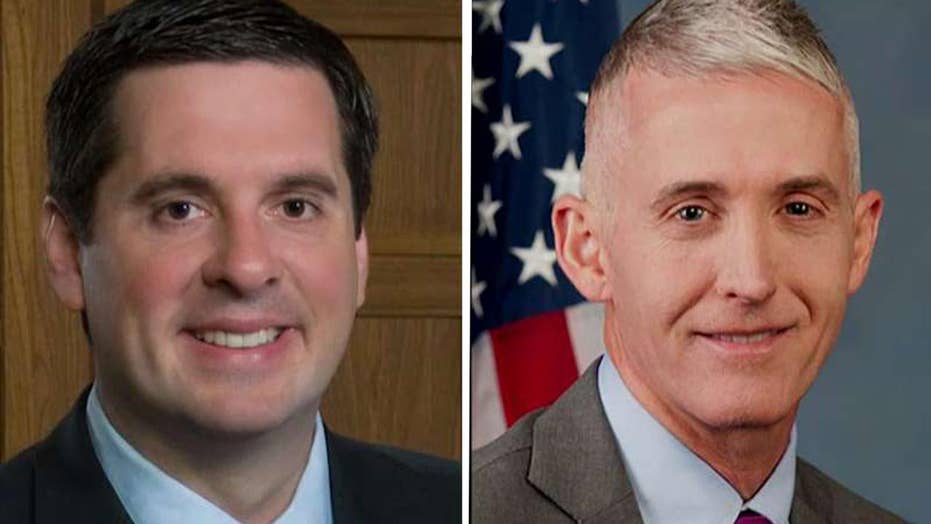 Fox News has learned Nunes and Gowdy met with Deputy Attorney General Rod Rosenstein and his deputy Ed O'Callahan, as well as representatives from the FBI and the Office of the Director of National Intelligence.

Things have been tense in recent weeks between Nunes and the Justice Department, with Nunes at one point threatening to hold Attorney General Jeff Sessions in contempt.

The meeting appeared to be an effort on the part of the Justice Department to come to a resolution. 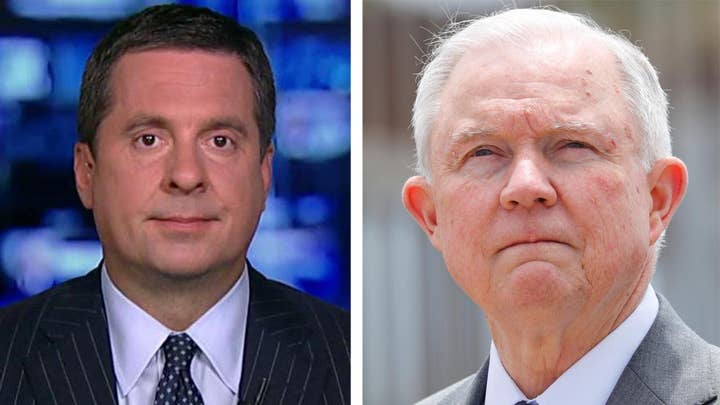 “We had a productive discussion today with officials from the Office of the Director of National Intelligence, Department of Justice, and FBI in which we raised questions related to information requested from the Intelligence Community," Nunes and Gowdy said in a statement. "The officials committed to holding further discussions of these matters, and we look forward to continuing our dialogue next week to satisfy the committee’s request.”

Nunes' committee has been looking into allegations that the Justice Department and the FBI abused the Foreign Intelligence Surveillance Act in their scrutiny of the Trump campaign. Some of this relates to how heavily the bureau relied on the unverified anti-Trump dossier to obtain a surveillance warrant on Trump adviser Carter Page.

Nunes’ April 30 subpoena for documents – obtained by Fox News – asks for “all documents referring or related” to a specific individual. The Washington Post has reported the individual is a “sensitive, longtime intelligence source” for the CIA and FBI who has helped in Robert Mueller’s special counsel investigation, and says officials worry disclosure of the documents could jeopardize the source. 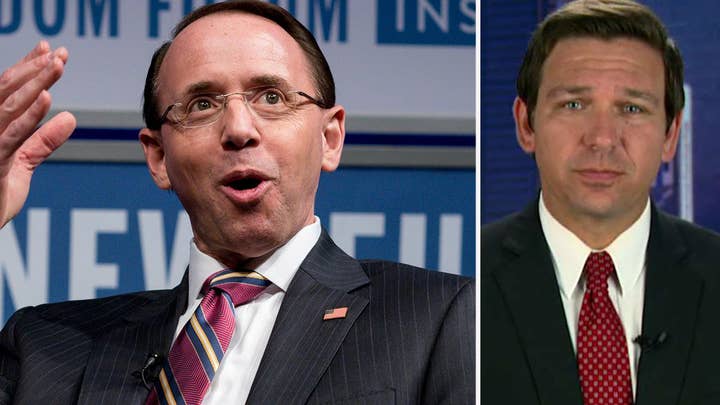 Ahead of the meeting, DOJ spokeswoman Sarah Isgar Flores said they “welcome the opportunity to discuss whether there are other ways to accommodate his inquiry regarding a specific individual.”

The Justice Department, though, had previously told Nunes in a letter that it "is not in a position to provide information responsive to your request regarding a specific individual."

"The Department and its intelligence community partners would welcome the opportunity to discuss whether there are other ways to accommodate the House Permanent Select Committee on Intelligence's oversight inquiry," Assistant Attorney General Stephen E. Boyd wrote in a recent letter to Nunes.

California Rep. Adam Schiff, the top Democrat on the House Intelligence Committee, is also expected to go to the Justice Department on Thursday for the same briefing given to Nunes and Gowdy.