Two senior House Republicans are accusing the Justice Department of being behind “anonymous attacks” in the press targeting a House Intelligence Committee GOP staffer who helped author the committee’s well-publicized memo alleging surveillance abuse by the FBI and DOJ during the 2016 election.

The same House staffer is also a driving force behind the latest Russia records standoff.

"I would have a lot more respect for DOJ or House committee Democrats if they would take out their frustrations on members of Congress, and leave staffers alone,” South Carolina Rep. Trey Gowdy, the Republican chairman of the House Oversight Committee, told Fox News on Monday. “The members make the final decision and are responsible for them, not staffers." 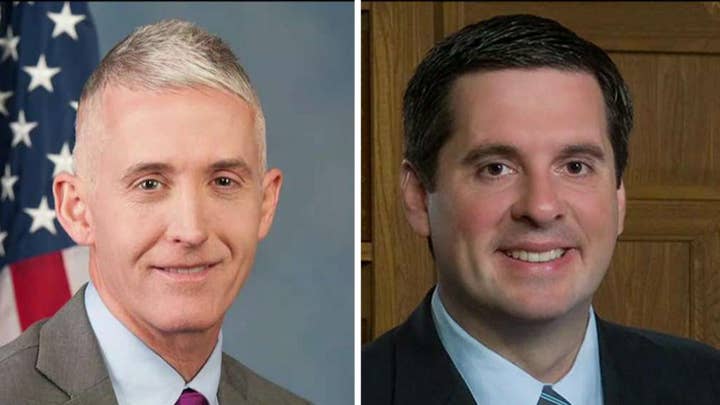 "Attacking staffers, planting false stories, and endangering national security by leaking sensitive information to the press, including information about intelligence sources -- this is what the DOJ is doing, and this why trust in the DOJ is rapidly eroding in Congress,” said California Rep. Devin Nunes, the GOP chairman of the House Intelligence Committee.

In response to the GOP committee chairmen, Justice Department spokesperson Sarah Isgur Flores said, “As Deputy Attorney General [Rod] Rosenstein has said repeatedly, we don't put a lot of stock in anonymous sources over here and we are committed to continuing to work with Chairmen Gowdy and Nunes to accommodate their requests.”

Nunes and Gowdy were reacting to a weekend New York Times report that cited anonymous sources in detailing growing tension between the parties, amid a contentious request for records involving an individual and intelligence reporting that may have been used for the Russia case, as well as in obtaining surveillance warrants.

The newspaper, citing the same official, reported Rosenstein wanted to know if Patel was attempting to interview former British spy Christopher Steele, the author behind the salacious anti-Trump dossier. 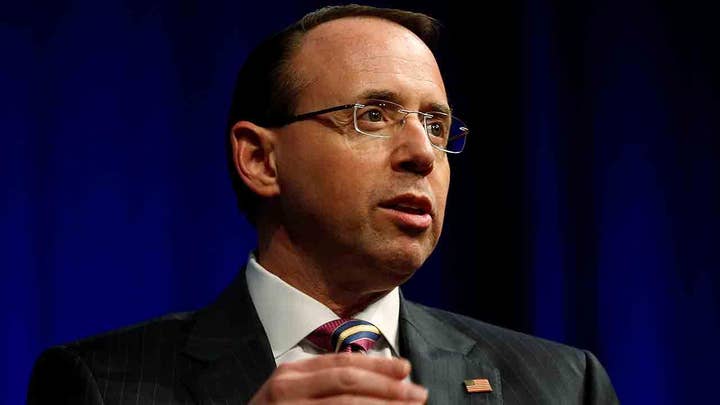 But the House Intelligence Committee says the staffer was already in London on committee business.

“The story that Kash flew to London to meet with Christopher Steele is false, no matter how many times it’s reported,” House Intelligence Committee staff director Damon Nelson said.

Nelson said he asked Patel and another staffer to try to make contact with Steele’s lawyer as part of an effort to obtain an address to send Steele an invitation to testify to the committee.

In its story, The New York Times also reported that top officials at the Justice Department are worried these congressional Republicans “are simply mining government secrets for information they can weaponize against those investigating the president,” like Special Counsel Robert Mueller.

In a statement to Fox News, Nunes backed up Patel as an "absolutely crucial committee investigator who’s always two steps ahead of the DOJ.”

“In fact we suspect his effectiveness is exactly why the DOJ are launching anonymous attacks on him in the press," Nunes said.

"Attacking staffers, planting false stories, and endangering national security by leaking sensitive information to the press, including information about intelligence sources - this is what the DOJ is doing."

“I benefit from him giving me the other side of the argument,” Gowdy said. “He is a great career prosecutor and defense attorney. It is sad when you pick on staffers who are doing the right thing for their member or committee."

But a source close to Ryan pushed back against that reporting, saying Gowdy was always going to the meeting.

“The original plan as widely reported was for Chairmen Nunes and Gowdy to go down to DOJ on Thursday afternoon,” the source said. “The speaker didn’t have anything to do with setting that meeting up or choosing its attendees.”

Asked for comment, a New York Times spokeswoman said, "We are confident in the accuracy of our reporting."