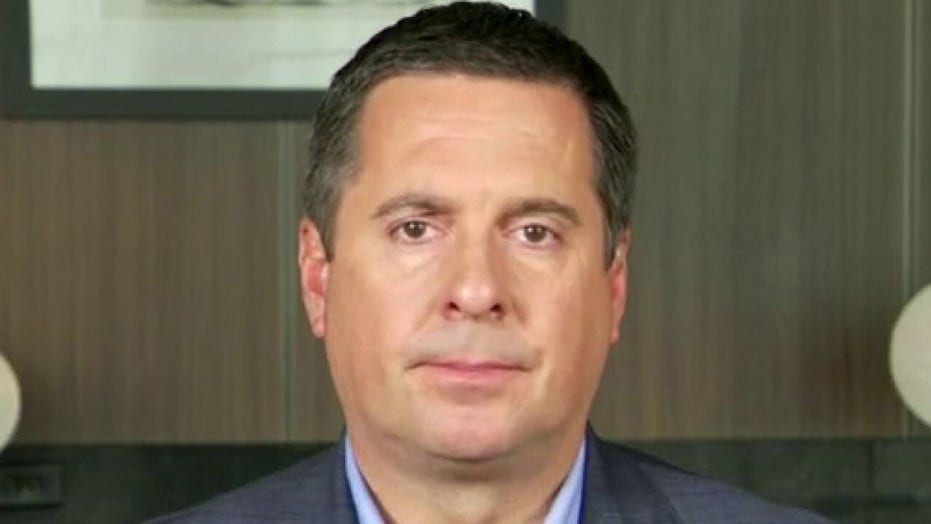 House Intelligence Committee ranking member Rep. Devin Nunes, R-Calif., is calling for former members of Robert Mueller’s team to be held accountable after it was discovered that many of them had their phones wiped under circumstances that have drawn questions from Republicans.

The deletion of phone data was disclosed upon the release of Justice Department records in a lawsuit brought by watchdog group Judicial Watch. The records showed that at least several dozen phones belonging to members of Mueller’s team were wiped of information after messages between former FBI agent Peter Stzrok and former FBI attorney Lisa Page revealed politically charged statements that raised questions about the Russia investigation’s integrity.

“It looks like it occurred at a very interesting time; this is when the lovebirds’ text messages were discovered,” Nunes told Fox News’ “Sunday Morning Futures,” adding that it would be relevant to know whether there was an investigation of the prosecution going on at the time.

Justice Department Inspector General Michael Horowitz had eventually conducted an investigation of the FBI’s conduct during the Russia probe, which has already led to a guilty plea from attorney Kevin Clinesmith, who admitted to doctoring an email that was used as evidence to acquire a warrant to monitor former Trump campaign adviser Carter Page.

The records showed that the phones were wiped because of forgotten passcodes, irreparable screen damage, loss of the device, intentional deletion, or other reasons — all before Horowitz's office could review the devices.

“So the question here is: Was there an investigation?” Nunes said. “Because if there was, that could be obstruction of justice. But I think regardless of that, this is destruction of federal records. We cannot have a justice system -- whether it’s at the federal level, or the state level, or the local level -- where records are being destroyed.”

On Sunday, Nunes said that preserving records is “how we have a fair and equal justice system” that holds prosecutors accountable.

“The Republican Party has to prioritize this that these guys are prosecuted and held accountable,” he said.