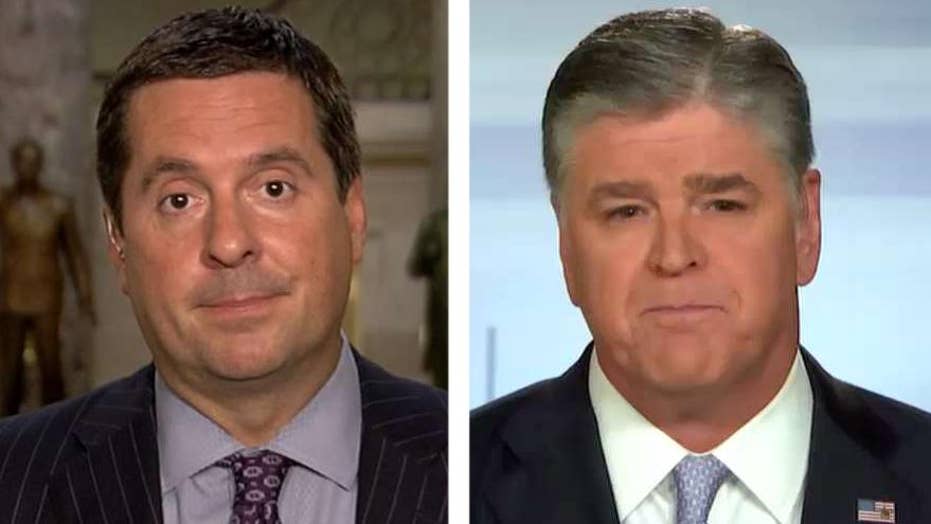 Rep. Devin Nunes speaks out on 'Hannity' about how the Obama administration handled reports of Russia's attempts to meddle in U.S. elections.

A federal grand jury on Friday indicted the agents for allegedly hacking emails from the Hillary Clinton campaign and Democratic Party during the 2016 election -- just days before Trump's one-on-one meeting with Russian President Vladimir Putin in Helsinki, Finland.

"You might give them the benefit of the doubt, but why does this always happen?" Nunes, R-Calif., asked. "Every time something happens on one side where we find out a new revelation about what appears to be real problems in the FBI and DOJ with this investigation, all of a sudden, they drop an indictment."

But FBI Director Christopher Wray said Wednesday night at a forum in Aspen, Colorado: "I’m going to let the indictment speak for itself." He also defended Special Counsel Robert Mueller's investigation into alleged collusion between the Trump campaign and Russia, saying, "I think it is a professional investigation conducted by a man I’ve known to be a straight shooter." 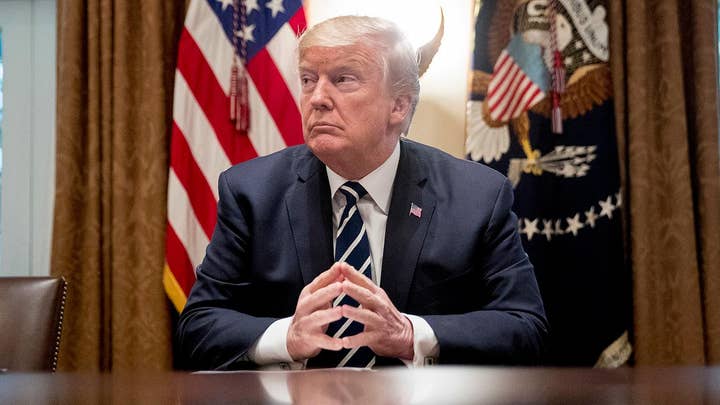 Asked by Sean Hannity whether the FBI and DOJ were "stonewalling" congressional investigators in the hopes that Democrats would take control of the House in November, Nunes suggested that might be a possibility.

"It's the oldest trick in the book," Nunes said. "We are getting a very slow snail-pace cooperation that is clearly designed to wait until next week when Congress adjourns.

"I have news for them. They are still going to have to come in and give depositions," Nunes added. "They may think they are not going to, but they are going to be coming in and getting depositions throughout the summer."

He added: "They would love to see Republicans lose. I hate to say that, but I have to believe that the Department of Justice and FBI, the people at leadership, they are banking on a loss by the Republicans in the fall."