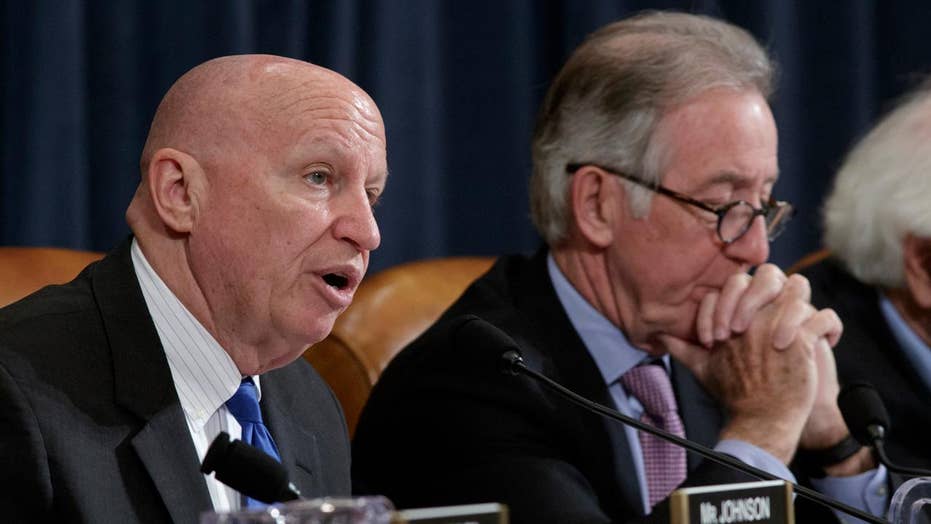 Congressional Republicans may find inspiration from the King of Rock and Roll when comes to passing their replacement bill for ObamaCare.

“We have a choice,” proffered House Ways and Means Committee Chairman Kevin Brady, R-Texas, one of the authors of the health care blueprint. “We can act now or we can keep fiddling around and squander this opportunity to repeal ObamaCare.”

In 2009 and 2010, Republicans railed against Democrats as they relied almost exclusively on their own members to approve ObamaCare. Now Republicans are going it alone to repeal ObamaCare and adopt their own health care package. But some conservative lawmakers and interest groups alike are upbraiding the GOP legislation. It only takes a few renegades in both the House and Senate to incinerate the plan.

“It’s ObamaCare-lite,” argued Sen. Rand Paul, R-Ky. “We have to admit we are divided on replacement.”

Michael Needham, the head of the conservative policy organization Heritage Action, declared there was “no significant difference” between the GOP replacement package and ObamaCare.

Passage of the Republican health care bill comes down to the numbers. The GOP can only lose 21 votes before the measure fails on a party-line vote.

The Freedom Caucus has a bylaw that compels its members to vote as a bloc if 80 percent of its 40-plus members feel the same on a given issue. That’s more than enough to incinerate the health care measure on the floor.

Meadows says Pence told his members the bill was still open for negotiation.

“We took this as good news,” said Meadows.

But after a lunch meeting with Senate Republicans, Pence suggested the bill might not be that agile.

“This is the bill,” said Pence. “The president supports it and looks forward to working directly on this bill.”

“What we have here is an opening bid,” said Sanford.

Some Republicans hoped to alter the legislation.

“There better not be a rule that bans amendments which are badly needed to fix this bill,” said Rep. Louie Gohmert, R-Texas.

The Freedom Caucus is a little like the Democratic Blue Dog coalition which was key to approving ObamaCare. The Blue Dogs, a group of conservative Democrats, are still around. There just aren’t many left in the House Democratic Caucus these days. The Blue Dogs, when their numbers were bigger, often made a lot of noise. But when then-House Speaker Nancy Pelosi, D-Calif., needed Blue Dog votes, most of them heeled.

In March, 2010, Pelosi lacked the votes to pass the final version of the Affordable Care Act (ACA). So she authorized the House Rules Committee to allow but two amendments before the decisive ObamaCare debate. One amendment was for a Republican health care plan. The other amendment was a proposal written by then-Rep. Bart Stupak, D-Mich. The “Stupak Amendment” constructed an additional firewall to ensure that federal dollars wouldn’t cover abortions. The Stupak amendment ultimately courted the support of just enough conservative, pro-life Democrats. The House okayed the first iteration of Obamacare 220-215.

Switch three votes and the bill would have failed.

The question now is how might lawmakers contour the GOP health care plan to their liking. Also, as Gohmert asks, what amendments might the GOP brass permit? Is there flexibility? What happens if just enough Republicans balk at the bill? Does the president light them up on Twitter?

Meadows understands the risks some conservatives could face should they buck Trump.

“The president has a powerful bully pulpit and a powerful tweet,” said Meadows. “I would not want to take him on in either of those concerns.”

House Speaker Paul Ryan, R-Wis., may not emulate Pelosi when it comes to whipping a vote. But he sure exuded confidence Tuesday.

Of course, Ryan only needs 216 to approve the ACHA.

Ryan and other ACHA supporters must court members of the Freedom Caucus for their votes. Some top GOP aides and even lawmakers spent the past few days trolling conservatives who weren’t on board, privately bad-mouthing them. House Energy and Commerce Committee Chairman Greg Walden, R-Ore., co-wrote the ObamaCare replacement bill alongside Kevin Brady. Rand Paul embarked on a Quixotic, if faux, quest to find the “secret location” of the bill last week. When the House Republican leadership released the bill, Walden’s crew “hand-delivered” a copy of the legislation to Paul’s office and tweeted a photo of the consignment.

The margin to pass this bill could be tight. Consider the narrow vote engineered by Pelosi to pass ObamaCare. Ryan and other Republican leaders must earn the support of skeptics in their own party, not antagonize them.

Ryan wants to pass the bill by the end of the month. Senate Majority Leader Mitch McConnell, R-Ky., hopes to follow suit in early April. The bill probably calcifies if it sits out there too long. In 2009 and 2010, congressional Democrats burned nearly 10 months approving ObamaCare.

As the King sings, “It’s now or never” – if Republicans are to repeal and replace ObamaCare. “Tomorrow will be too late.”