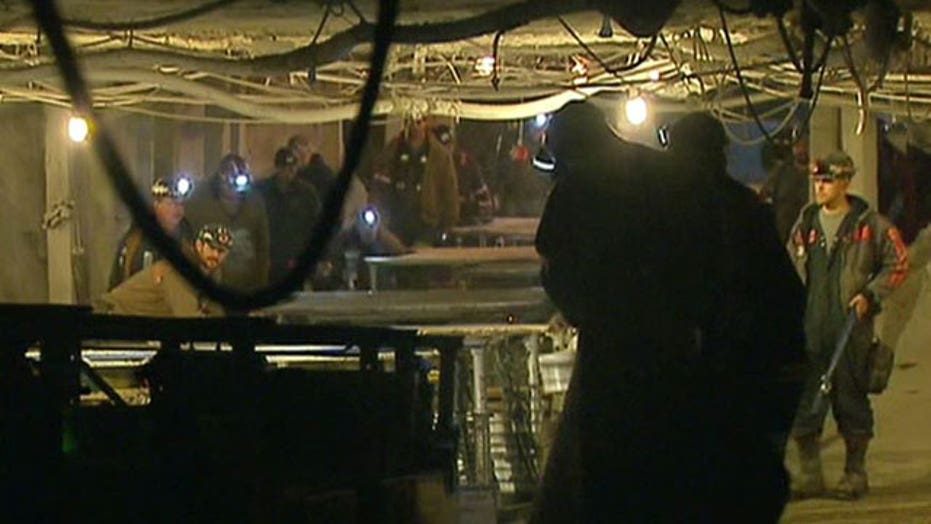 Far below the Appalachian Mountains, in a space barely big enough to stand up straight, Bobby Combs works a job his father and his grandfather worked.

Coal-mining is the highest-paying job available to him in eastern Kentucky. As he skillfully maneuvers a massive machine and rips into a seam of coal, though, Combs wonders if the family tradition ends with him.

"It's not looking good," he says, dirt smudging his face.

Coal has come under the crosshairs of the Obama administration in the push to transition to renewable energy sources. Coal mines are burdened with a never-ending stream of federal regulations.

The owner of the mine where Combs works said the cost of getting coal out of the ground has tripled. For him, that means job insecurity.

"It seems like everything on the coal industry is under siege, everything is under attack," he said.

Many miners, particularly in Appalachia, have labeled the administration's policies the War on Coal. "I just believe the Obama administration has taken a huge impact on the coal industry and Appalachia. Anymore, you just never know from day to day if you are going to have a job or not," said miner Phillip Conley.

When he was a candidate, President Obama made it clear he was not a friend to coal. In 2008, he told the editorial board at the San Francisco Chronicle: "If somebody wants to build a coal-powered plant, they can. It's just that it will bankrupt them because they're going to be charged a huge sum for all the greenhouse gas that's being emitted."

Now as that becomes a reality, the Paradise power plant in Drakesboro, Ky., is phasing out two of its coal-fired units, replacing them with natural gas.

Daniel Mcintire, a vice president of the Tennessee Valley Authority, says coal is more efficient and cheaper as a fuel source, but federal regulations are forcing the change.

"Each year there seems to be a new regulation," Mcintire said. As the plant makes the change, Paradise will buy less coal and lay off nearly 200 employees. "Inasmuch as regulations come from our leaders ... this is a man-made issue," he said.

Back in coal country, the changes have meant layoffs. Nowhere has been hit harder than eastern Kentucky, where more than 6,000 miners have lost their jobs since January 2012. For each mining job, there are estimated to be at least three directly related jobs, like trucking, that also disappear.

Finding another job that pays upward of $70,000 like coal mining is not realistic for many in eastern Kentucky. Finding a job at all is tough. Many of these towns were built around coal, and people survive primarily on paychecks from coal, or retail which ultimately ties back to money from the coal industry.

In Prestonsburg, Ky., clothing store owner Cheryl Leslie notices the difference. "People don't buy like they used to. They're very conservative in the way they buy," she said.

Killing time at the local barber shop, security guard Michael Shepard is ready to leave the friends and family he grew up with in coal country. "We're going to have to pack up and move, ain't got no other choice. Can't make it on what we have now," he said.

The EPA and Sierra club declined requests for an interview for this report.