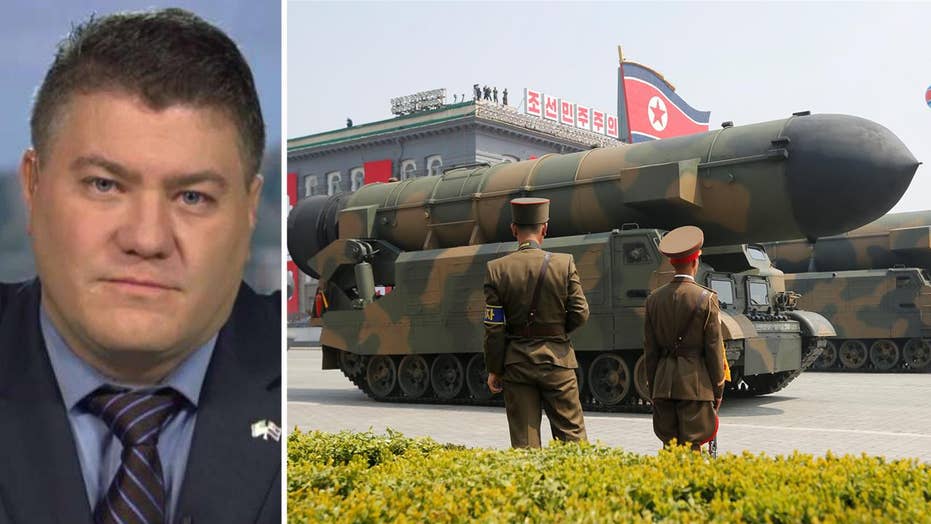 Hawaii lawmaker calls for plans in event of a nuclear attack

As tensions with North Korea mount, Hawaii lawmakers anxiously are dusting off the state’s emergency plans in preparation for the possibility – however remote – of an attack on the islands.

The plans were last revisited in the 1980s. But the Hawaii House Public Safety Committee on Thursday formally called for the state’s defense agency to repair their hundreds of Cold War-era fallout shelters and restock them with medical supplies, food and water.

"They haven't been updated since 1985," Rep. Matt LoPresti, a Democrat who serves as vice chair of that committee, told Hawaii News Now. “I was 11 years old when they were last updated. Many of the buildings that are on the fallout shelter list don't exist anymore.”

While the bellicose threats and displays of weapons capability in Pyongyang are playing out on the other side of the world for most Americans, Hawaii residents – some old enough to remember the last time their home was at the frontlines – see the dispute much differently. Honolulu is roughly 4,600 miles from the North Korean capital of Pyongyang.

A North Korean missile launched Sunday to showcase the country's nuclear and missile capabilities in honor of the birthday of its late founder failed just seconds after launch.

However, satellite images show a sixth nuclear test has been primed. And experts have said North Korea possesses, or could soon have, the capability to launch intercontinental ballistic missiles or nuclear warheads at Hawaii.

A long-range missile launched from North Korea could reach Hawaii or Alaska, said Dean Cheng, senior research fellow with the Asian Studies Center at the conservative Heritage Foundation. Hawaii is possibly a more desirable target, Cheng said, since the state has 11 military bases, including Pearl Harbor, and is the headquarters for the United States Pacific Command (USPACOM) at Camp Smith.

Cheng warned that since North Korea likely has an imprecise system, missiles launched at Pearl Harbor could actually hit downtown Honolulu or other areas of Oahu.

The impact of a missile hitting the island chain would be horrific, Cheng said. Burn cases would flood the hospitals. The state would need a plan to treat people out of the urban Honolulu center, he said, particularly if Honolulu were hit directly.

While preparing the state for such an attack will take time, Cheng said the state must begin.

“This is a long-term issue that is not going to go away,” Cheng said.

Should North Korea initiate an attack, the state would have just 20 minutes to prepare, said Toby Clairmont, executive officer of the department’s Hawaii Emergency Management Agency. He told lawmakers it could take seven years, however, to prepare the state for such an emergency and ensure adequate facilities for the state’s 1.42 million residents, including its substantial homeless population, as well as millions of visitors.

Because the vast majority of Hawaii’s food supply and other goods are brought in via Jones Act-approved cargo ships to Honolulu Harbor, lawmakers also called for the state to prepare alternative sites for food and supplies to be delivered should the harbor be destroyed.

LoPresti told Hawaii News Now he's not trying to spread fear, but he wants the public to know the government is taking steps to protect them in the worst-case scenario.

The resolution, which passed the committee unanimously, requires further House and Senate approvals.