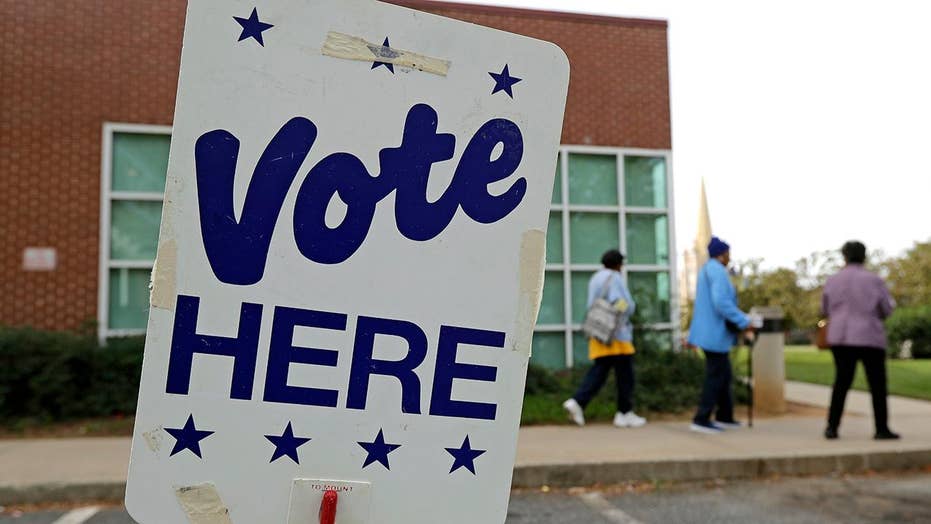 North Carolina state legislature votes to require new primary and general elections if there is a do-over in the scandal-plagued 9th Congressional District; Rep. Mark Walker explains on 'America's Newsroom.'

“Given the now well-documented election fraud that took place in NC-09, Democrats would object to any attempt by Harris to be seated on January 3,” Hoyer told the Washington Post. “In this instance, the integrity of our democratic process outweighs concerns about the seat being vacant at the start of the new Congress.”

Hoyer’s comments come the same day North Carolina's elections board dissolved under court order without certifying a winner in the race, creating more complications and uncertainty just days before the new Congress is set to begin.

Hoyer, D-Md., previously signaled Democrats would object to Harris being seated in the House.

"The House ... has the authority over the propriety of the election," Hoyer said earlier this month. "This is a very substantial question. [It] ought to be resolved before we seat any member."

The state elections board has refused to certify the race between Harris and Democrat Dan McCready while it investigates absentee ballot irregularities in the congressional district stretching from the Charlotte area through several counties to the east.

Harris holds a slim lead in unofficial results, but officials are looking into criminal voter fraud allegations against an operative hired by the Harris campaign.

Amid the chaos over the 9th district race, a three-judge state court panel ruled Thursday that the current board should disband at noon Friday.

The court order was unrelated to the disputed election: the state court had previously found the elections board’s makeup unconstitutional in a protracted legal battle launched when the Republican-controlled legislature altered the board in 2016.

Democratic Gov. Roy Cooper responded by saying he would appoint an interim Board of Elections. Cooper’s move would fill the gap until a new law governing the statewide elections panel can take effect — and also allow the board to proceed with a Jan. 11 evidentiary hearing into the 9th district congressional race.

“All of these members have election law experience and an awareness of the circumstances around the allegations involved in the Ninth Congressional District election,” Cooper wrote in a letter to state party heads. “They have all cleared ethics and conflicts checks and new members would require extra time to have that process completed.”

But the chairman of the state GOP, Robin Hayes, argued that Cooper’s proposal was an “illegal sham” and said no Republicans would participate, complicating Cooper’s efforts.