A North Carolina high school teacher is being investigated by the Secret Service after allegedly telling a classroom of students that Vice President Mike Pence “should be shot in the head,” according to reports.

The unidentified female teacher allegedly made the remarks at Cuthbertson High School in Waxhaw, N.C., the same week Pence was visiting the area to campaign for U.S. Rep. Dan Bishop, Charlotte’s FOX 46 reported.

Union County Public School officials said in a statement that they take the allegations “very seriously” and placed the teacher on administrative leave.

The Union County Sheriff’s Office alerted the Secret Service, which is investigating the claims, the station reported. County officials have not released the teacher’s name.

"You should not be bringing in those type of viewpoints to your job," Union County GOP Chair Allison Powers told Fox 46. “To just wish that kind of violence on anybody is just way out of bounds.”

"You should not be bringing in those type of viewpoints to your job. To just wish that kind of violence on anybody is just way out of bounds.”

Firas Obeid, who is a parent to two Cuthbertson High School students, said he does not necessarily support Pence but agreed it’s inappropriate to make statements endorsing physical harm against any elected official regardless of their party affiliation.

"This is the vice president of the United States. He's an elected official,” Obeid told the station. "Affiliation to a specific party does not entitle us to make a statement like that to anyone.”

Union County borders Mecklenburg County, where Charlotte is located. Both counties fall within the state’s 9th Congressional District where Bishop, the GOP candidate, won by a narrow two-point margin against Democrat Dan McCready in a special election earlier this month.

The election garnered national attention when President Trump visited the district and threw his support behind Bishop during a campaign rally in Fayetteville. Pence and Donald Trump Jr. also visited the region ahead of the election. The Trump campaign donated the maximum $2,000 contribution to Bishop’s campaign.

Political analysts said Trump’s visit largely helped get out the vote in the district’s more rural counties. The district’s more populated, suburban areas around Charlotte largely supported the Democrat in the race. Some said the narrow margin by which Bishop won the congressional seat should flash warning signs to the president ahead of 2020, suggesting suburban America is drifting away from Trump. 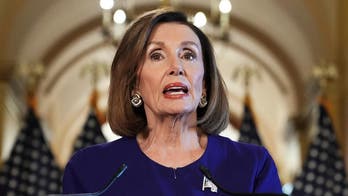