FILE - In this Sept. 15, 2016, file photo, New Mexico Gov. Susana Martinez awaits her turn to speak about Facebook's planned data center during a news conference in Los Lunas, N.M. Martinez on Tuesday, Sept. 20, 2016, stepped up pressure on lawmakers to consider reinstating the death penalty by promising to add the issue to a legislative agenda for a pending special session. (AP Photo/Susan Montoya Bryan, File)

The second-term Republican signed the only outstanding bills in a solvency package approved earlier this month by the Legislature during a special session.

The Legislature's budget plan included spending cuts of 5.5 at most executive agencies, with no cuts planned at departments overseeing public safety and child welfare services.

At the same time, Martinez vetoed $22 million in proposed cuts to public school initiatives such as performance-based pay incentives for teachers.

In a bill-signing message, Martinez said she appreciated the Legislature's efforts of cooperation and sacrifice to close the state's gap between revenues and expenditures. She sharply criticized lawmakers for going too far with suggested cuts to education funding that cover costs for advanced placement exams, place social workers in some middle schools and provide meals for poor students.

"To make cuts as deep as the Legislature proposed," she wrote, "would be to abandon our goals in education as our schools and students as they strive to meet them."

The Legislature's solvency plan aimed to restore depleted state operating reserves to about 1 percent of annual revenue streams. The state may now miss that mark with Monday's vetoes.

"I think it is unfair that the governor chose to pick winners and losers with her line-item veto," he said.

State operating reserves stood at over 11 percent last summer before state revenues plummeted amid a sustained downturn in energy markets. The state's budget woes are linked to a sharp decline in oil and natural gas prices and production that has sent shock waves through a lagging state economy.

It is unclear whether minimal state account balances will be enough to satisfy credit rating agencies. Moody's Investors Service is reviewing the state's finances for a possible downgrade to debt ratings, a move that would increase the cost of borrowing.

Democrats and Republicans clashed during the special session over how best to shore up the state general fund.

Over the objections of Democrats, House Republicans rejected proposals to freeze gradual reductions to the corporate income tax rate or to collect taxes on internet sales from out-of-state companies like Amazon.

Legislation that closes tax loopholes is expected to boost state revenues by $10 million this year and $27 million next year.

The budget changes approved by Martinez would cut spending to public schools by nearly $70 million and trim funding for higher education by $42 million, or 5 percent. 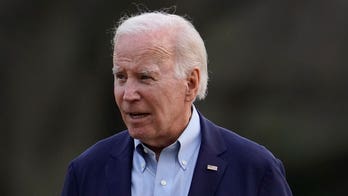