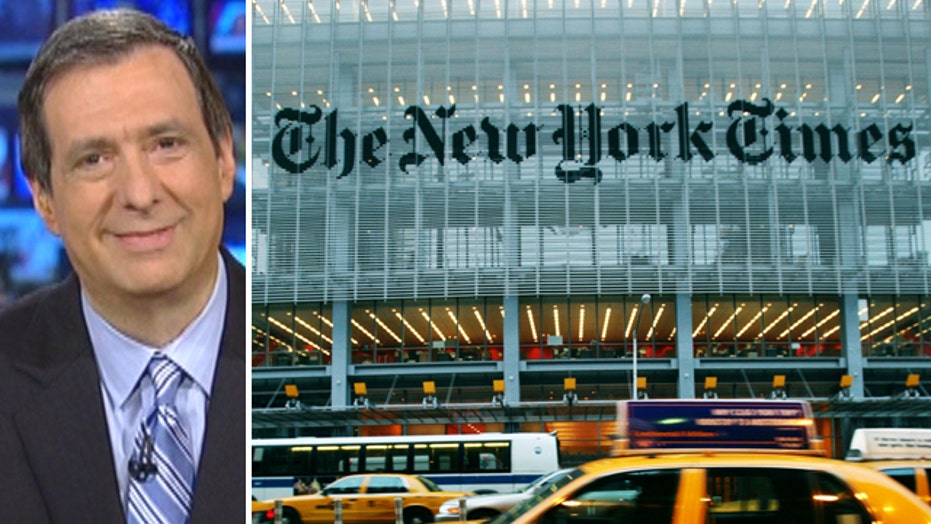 This is one butt-ugly tale.

Unless you’ve been living in a cave for the last few years, you’re well aware that fashion and music and modeling have been celebrating the backside. I mean, has anyone been able to escape J. Lo and her booty? This has been so baked into the culture that it’s hardly worth looking up to see the latest twerking video.

But now the New York Times is, well, bringing up the rear.

Yes, the paper of record has discovered the posterior and deemed it fit to print. With lots of pictures. On the theory that it’s not really news unless it’s in the Times, this is now, officially, a thing.

Here is the paper’s pronouncement:

“The rear is fast becoming the erogenous zone of choice in America.”

Wow! That must have taken a team of investigative reporters. Talk about leading from behind.

Even the Times acknowledges: “Not that this is exactly new. Celebrities like Kim Kardashian, Jessica Biel, Rihanna, Serena Williams, Pippa Middleton and Beyoncé (who, on her tour that just ended, wore a bodysuit with the tush cutout) have all been praised for their behinds. But perhaps no one has been more celebrated than Jennifer Lopez, whose buttocks were called ‘in and of themselves, a cultural icon’ in Vanity Fair.”

Of course, it wouldn’t be the New York Times unless the lowly butt was given some higher academic meaning:

“Myra Mendible, a professor at Florida Gulf Coast University, has written extensively about the cultural significance of the female buttocks. Historically, she said, ‘a woman’s failure to rein in an unruly butt connoted her lack of self-control, and by association, her inferior moral character. It also marked her place in the social order: “high class” women did not carry excess baggage in the trunk.’ But now the voluptuous backside is, she said, ‘a sign of authenticity.’”

The Times is not the only media organ to be late to this particular party. Vogue magazine recently made a similar pronouncement, perhaps winding up on the Times radar:

“In music videos, in Instagram photos, and on today’s most popular celebrities, the measure of sex appeal is inextricably linked to the prominence of a woman’s behind…

“Perhaps we have Jennifer Lopez to thank (or blame?) for sparking the booty movement. When she first arrived on the scene in the late nineties, a lot of the buzz surrounding her focused on the back of her voluptuous body…

“Lopez’s behind was so unique, and evidently so valuable, there were rumors she had taken out insurance worth millions to protect the asset.”

Vogue deciding that big backsides were in vogue brought a bit of mockery from New York magazine:

“Guys. Guys! Big news.Vogue just declared big butts a maj trend. No, I know that plenty of other people have been into butts for awhile. But now Vogue (Vogue!) is endorsing a plump butt with all its might…

“Brava, Vogue: Let’s just call you Christopher Columbus, because you have planted your flag in something culture’s been okay with for some time now — the fact that some people have big butts and other people appreciate them.”

Someone should alert the Times that J. Lo and Iggy Azalea just made a “Booty” video that at last check had garnered 2 million views on YouTube.

I guess these media outlets can now return to more serious cultural pursuits, such as why everyone hates Gwyneth Paltrow.