New York Democrats are facing furious condemnation from Republicans over legislation that would create a backdoor method for lawmakers on Capitol Hill to get their hands on President Trump's tax returns.

After the IRS denied a recent congressional request for Trump's federal tax returns, New York is poised to make his state returns available with a bill that passed in the state Senate on Wednesday.

"The Democratic legislature and Governor Cuomo are suffering from Trump Derangement Syndrome and playing politics at the expense of doing the people’s business," he said. 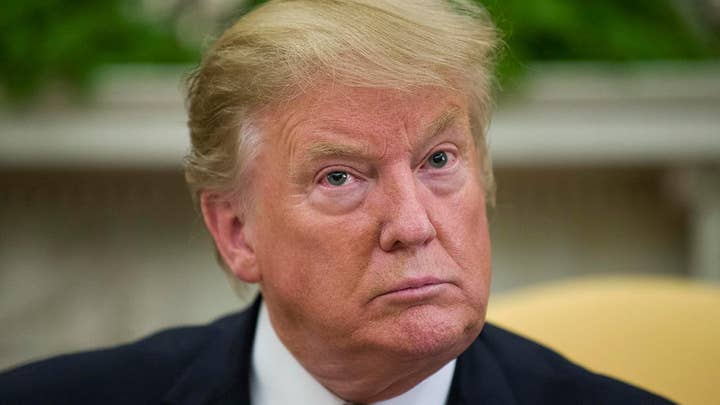 The bill, known as the TRUST Act, would lift a state restriction on revealing an individual's tax returns. It says the state commissioner of taxation and finance shall release those returns if requested by the House Ways and Means Committee, Finance Committee, or Joint Committee on Taxation.

The bill says that the chair of the requesting committee must certify that the request is for a legitimate legislative purpose. When Treasury Secretary Steve Mnuchin denied a request for Trump’s federal tax returns, he said the request failed to meet that standard.

On the floor of the state Senate, Republican Sen. Fred Akshar criticized the measure, saying that state lawmakers in Albany shouldn't be getting involved in Washington squabbles.

“If you want to push back on the president … go ahead, run for a House seat, for the United States Senate,” he said. Akshar was one of 22 senators who voted against the bill, compared with 39 in favor.

GOP Sen. Robert Antonacci, who also voted against the bill, said in a statement to Fox News that the bill "is just another political ploy by the New York City liberal machine."

The notion of passing such a bill with a specific person in mind also has raised constitutional concerns. Article 1 Section 10 of the Constitution says, "No state shall … pass any bill of attainder." A bill of attainder is one that singles out one person or group for punishment without a trial.

Cox described the TRUST Act as such a bill.

"No matter how they dress it up for legal purposes, this unconstitutional bill of attainder is aimed at one individual for the political purpose of re-litigating the 2016 election," he said. "The bill would set a dangerous precedent for infringing on the privacy rights of all citizens."

The bill is set to go next before the state Assembly, where 106 of the 150 seats are held by Democrats. Then, it would go to Democratic Gov. Andrew Cuomo. An adviser for Cuomo told The New York Times in April that the governor would support the bill “as long as it applies to everybody.”

The text of the bill technically applies to everyone. But its sponsor, Democratic Sen. Brad Hoylman, has made clear they have Trump in mind.

"Donald Trump has broken forty years of political tradition by not releasing his tax returns," Hoylman said in a statement. "Now, his administration is precipitating a constitutional showdown by shielding the President from Congressional oversight over those returns. Our system of checks and balances is failing. New York has a special role and responsibility to step into the breach."

U.S. House Judiciary Committee Chairman Jerrold Nadler, D-N.Y., also commented on the bill in the context of the president's tax returns, calling it "a workaround to a White House that continues to obstruct and stonewall the legitimate oversight work of Congress."