FILE 2018: New York state Attorney General Eric Schneiderman writes in a letter that "by closing New York’s double jeopardy loophole, lawmakers can ensure that no one accused of breaking New York’s laws will escape accountability merely because of a strategically timed pardon." (Reuters)

Eric Schneiderman, the New York attorney general who took on Trump University, is seeking support from state officials to grant local prosecutors the authority to charge individuals who may be pardoned by President Donald Trump.

There appears to be no shortage of bad blood between Trump and the Democrat. Trump once called Schneiderman the country's "worst AG," and Schneiderman's investigation into Trump U. resulted in a $25 million settlement.

Schneiderman has been critical of the president and cites “disturbing news” that Trump may consider “issuing pardons that may impede criminal investigations.”

Trump last week pardoned I. Lewis "Scooter" Libby, the former aide to former Vice President Dick Cheney who was ensnared in what was known as the “Valerie Plame affair” during the George W. Bush administration.

The pardon was the third for Trump. He issued one last year to former Arizona sheriff Joe Arpaio. Trump also pardoned a U.S. Navy sailor who was convicted of taking photos of classified portions of a submarine.

Reuters reported that – if passed -- the proposal could make it more difficult for Trump aides and others to avoid criminal prosecution.

Schneiderman said the White House does not have authority to pardon state crimes. He pointed out that those pardoned for a federal crime — under the current law — could be freed from “all accountability” in state criminal law. 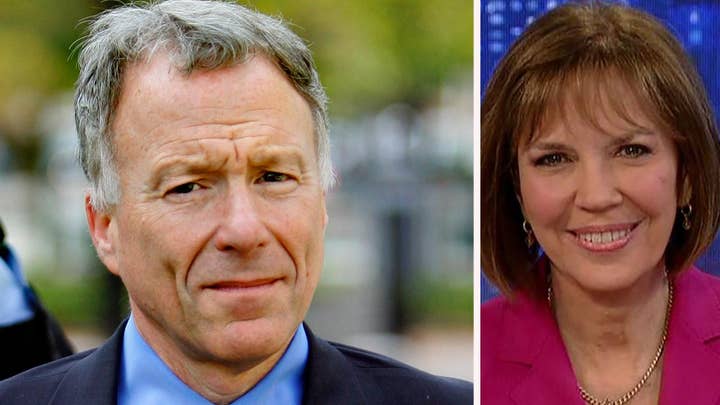 “By closing New York’s double jeopardy loophole, lawmakers can ensure that no one accused of breaking New York’s laws will escape accountability merely because of a strategically timed pardon [from Trump] could prevent individuals who may have violated our State's laws from standing trial in our courts as well," Schneiderman wrote in a letter to Gov. Andrew Cuomo, D- N.Y.

"Simply put, a defendant pardoned by the President for a serious federal crime could be freed from all accountability under federal and state criminal law, even though the President has no authority under the U.S. Constitution to pardon state crimes.”

A Fordham University law professor told Reuters that the proposal was “balanced.” He said other states have similar laws that protect against “repeat harassment” and obstruction.

The White House declined to comment to several news outlets.

A Democrat in the state Senate said he would introduce the bill, which could meet resistance from Republicans.