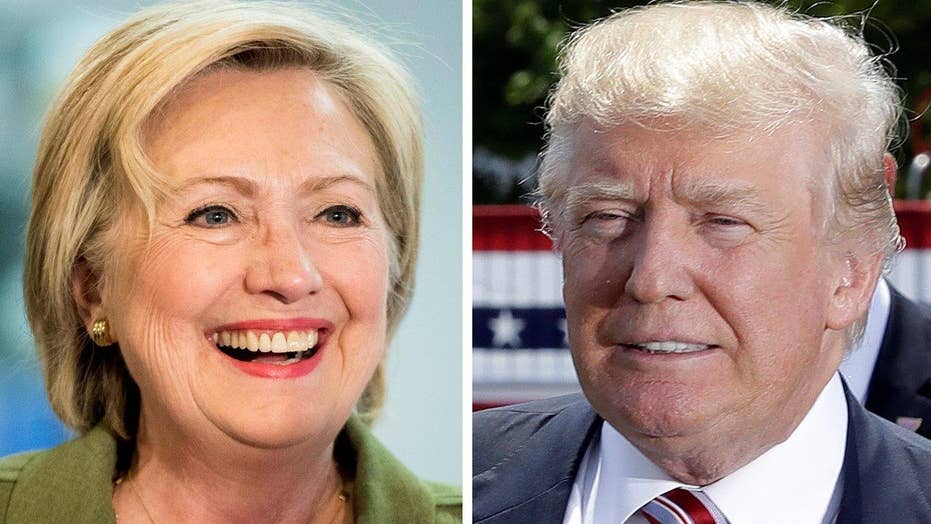 Trump team: Clinton's health the issue, not our tax returns

A Bloomberg Politics poll released Wednesday shows Hillary Clinton losing her lead to Donald Trump in battleground Ohio, after a rough campaign stretch in which she faced criticism for demeaning Trump supporters as well as renewed speculation about her health.

The poll shows Trump, the Republican nominee, now leading 48-to-43 percent in a two-way Ohio race among likely voters.

The poll was taken from Friday to Sunday, during the rocky stretch that started with her saying half of Trump supporters were in a “basket of deplorables.” She then stumbled away from a 9/11 ceremony Sunday, with the campaign later releaving she has pneumonia -- which fueled speculation about the 68-year-old Clinton's health.

Pollster J. Ann Selzer, of Selzer & Co., which oversaw the survey, said in a statement the survey also “suggests more Republicans than Democrats would (go to the polls) in an Ohio election held today.”

The Clinton campaign responded to the new poll numbers by saying it always expected Ohio would be competitive. The campaign announced the opening of six new offices in Ohio, along with a handful of other so-called battleground states -- including Colorado, Florida, Virginia and North Carolina -- that could determine who wins the White House.

The Bloomberg poll results show a startling reversal since late-August, when Clinton led by as many as 5 percentage points, according to the RealClearPolitics.com poll average.