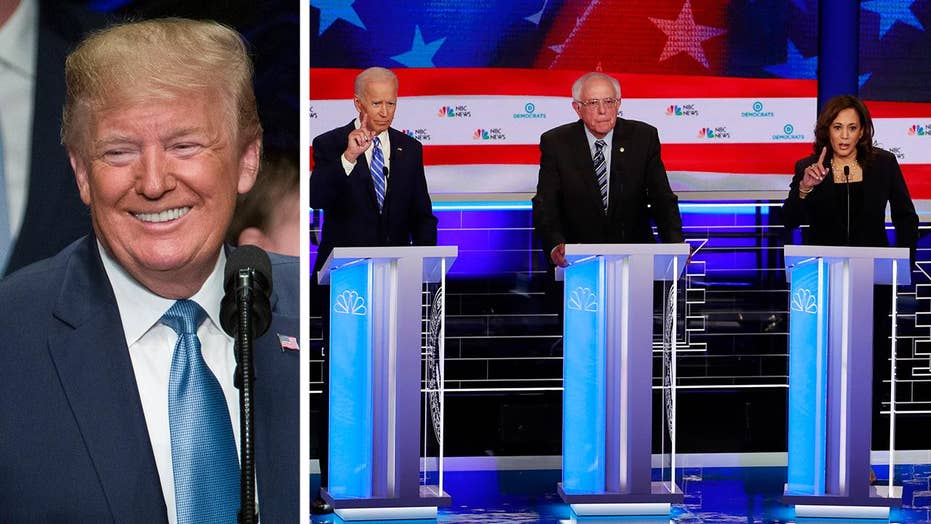 Nevada up for grabs in 2020 as population grows older, more diverse

Although Nevada underwent a blue wave in 2018, the state’s changing demographics could set the stage for a different outcome in the 2020 presidential election.

LAS VEGAS – Although Nevada underwent a blue wave in the 2018 midterms, the state’s changing demographics could set the stage for a different outcome in the 2020 presidential election.

“It's an interesting dichotomy for politics,” Brookings Institute Senior Fellow William Frey said. “The older part of the population will probably side with different candidates than the kind of younger, diverse part of the electorate.”

Nevada’s population that is of retirement age is growing at a rate of about 47 percent compared to the national average of about 30 percent, the Las Vegas Review-Journal pointed out, citing the latest U.S. Census Bureau estimates.

Nearly one in every six residents is 65 or older, a demographic that tends to vote more conservative and could provide President Donald Trump a boost in a state he narrowly lost to Hillary Clinton in 2016.

“If Trump can get his seniors back on board -- he kind of bled a bit with his budget and cut Medicare and Medicaid proposals  -- and Democrats don't come up with a compelling case that Hispanic voters are better off with them, it’s absolutely a race that Trump can win,” Democratic strategist Max Burns told Fox News.

But as the population grows older, it has also become more diverse – becoming just one of only five states that are majority-minority – a trend that could counteract the older vote.

“If they turn out to vote, it may even be a bigger Democratic win than it was in 2016. But you know, again, that turnout could turn in a different direction if there is a Democratic candidate that doesn't particularly appeal to these younger people that may give Donald Trump a little more of an edge.”

GOP strategist Ash Wright believes if older voters continue to outpace the younger demographic, Trump would “benefit in a big way” while noting that the lack of an independent candidate could also give the incumbent an edge.

“This cycle there may not be that independent candidate,” Wright added. “And if those independent votes are up for grabs, I think Donald Trump has the best shot to grab them.”

But whether Nevada stays blue depends on who makes it out to the polls, specifically with the Hispanic population.

“We've always called the Latin population the great sleeping giant of American politics because it is the largest growing demographic that is ethnic demographic in the United States,” Todd Belt, director of the Political Management program at George Washington University told Fox News.

He added that union households, in particular, will be a “countervailing force” to the older vote as “there's a tremendous intersection between the Latin vote and the union household vote because a lot of the Latin population is unionized in the state of Nevada.”

Burns sees Nevada as an “an opportunity for Democrats and a huge risk for the president.”

“We see him [Trump] not doing as well with the younger voters, with Hispanic voters and more diverse electorates and doing better with older voters who are just not growing as rapidly in Nevada as those other groups,” he added.”

Presidential candidates are making a concentrated effort in Nevada as it is the first-in-the-West for the primaries and has a demographic that largely represents the country as a whole.

And while the changing demographics might offer a new opportunity for the GOP to flip Nevada, the state’s Democratic Party believes it will stay blue in 2020.

“We had an unprecedented midterm field program in 2018 and that’s how we’ve done it at the Nevada state Democratic party – we are focused on dogged, methodical on-the-ground work that starts early,” Executive Director Alana Mounce told Fox News.

“We’ve brought on a caucus director earlier than ever, we have staff on the ground now that are engaging with volunteers and voters to educate them about the caucus and will continue that work after the caucus even before we have a Democratic nominee to continue that work doing the voter registration, the volunteer recruitment the door-to-door candidate IDs that we need to win in November,” she added.

Democrats also will have to energize the youth in the state.

“A lot of this is going to depend on the turnout of that younger diverse group,” Frey said. “Can they counter the usually high turnout of the older population, which is growing?”