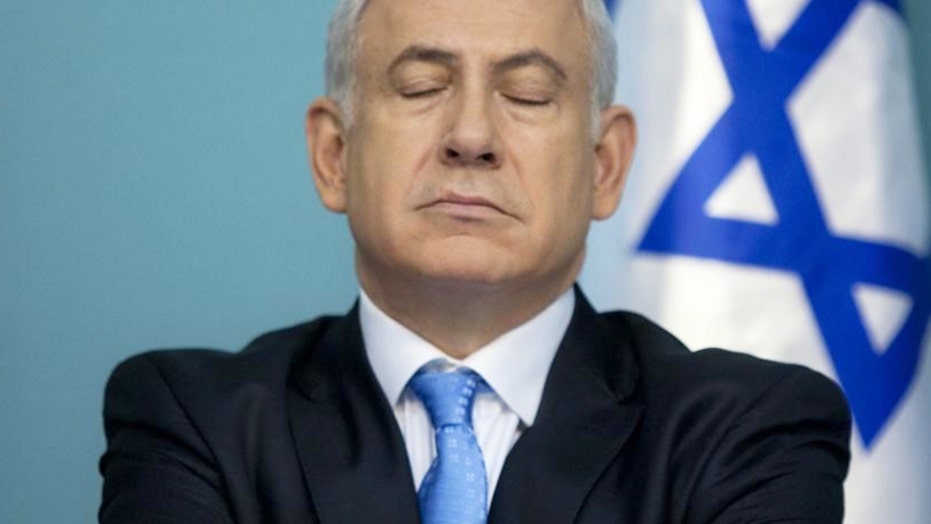 WASHINGTON – Israeli Prime Minister Benjamin Netanyahu on Tuesday turned down an invitation to meet privately with Senate Democrats next week during his visit to Washington, saying the session "could compound the misperception of partisanship" surrounding his trip.

Angering the White House and Democrats, Netanyahu accepted an invitation from Republican leaders to address a joint meeting of Congress on March 3 and speak about Iran. The GOP leaders did not consult with the Obama administration, which the White House called a breach of protocol.

Sens. Dick Durbin, D-Ill., and Dianne Feinstein, D-Calif., on Monday invited Netanyahu to meet in a closed-door session with Democrats during his visit. He declined the invitation on Tuesday and expressed regret about the politically fraught tone of his trip.

"I regret that the invitation to address the special joint session of Congress has been perceived by some to be political or partisan," Netanyahu wrote. "I can assure you that my sole intention in accepting it was to voice Israel's grave concerns about a potential nuclear agreement with Iran that could threaten the survival of my country."

Netanyahu said to meet with Democrats "at this time could compound the misperception of partisanship regarding my upcoming visit."

More than a half dozen House and Senate Democrats have said they will skip the speech, calling it an affront to President Barack Obama and the administration as they engage in high-level negotiations with Iran over its nuclear program. Vice President Joe Biden will be traveling and has no plans to attend the speech.

Obama has no plans to meet with Netanyahu, with the administration saying such a session would break with past practices of engaging with world leaders close to elections. Israel's elections are set for March 17.

Durbin said in a statement that he regretted that Netanyahu could not meet with the Democrats.

"We offered the Prime Minister an opportunity to balance the politically divisive invitation from Speaker (John) Boehner with a private meeting with Democrats who are committed to keeping the bipartisan support of Israel strong," Durbin said. "His refusal to meet is disappointing to those of us who have stood by Israel for decades."