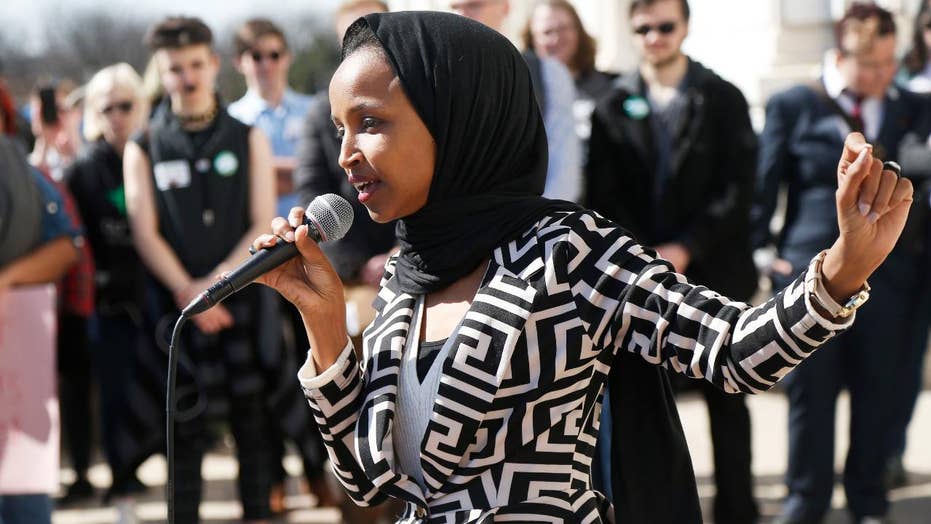 "Take it from this Benjamin: It’s not about the Benjamins!” Netanyahu said to the Washington conference via satellite in response to a tweet Omar posted in February.

Omar drew condemnation from members of both parties last month after she suggested in the tweet that AIPAC has been paying members of Congress to support Israel. She later apologized for the tweet —  and for other comments — but also insisted on what she called “the problematic role of lobbyists in our politics.”

The Minnesota Democrat responded Tuesday to Netanyahu in a tweet: “This from a man facing indictments for bribery and other crimes in three separate public corruption affairs. Next!”

Weeks before elections in Israel, Netanyahu’s poll numbers have sagged since the announcement of a pending indictment on corruption charges.

"It’s because America and Israel share a love of freedom and democracy. It’s because we cherish individual rights and the rule of law," Netanyahu told AIPAC, as USA Today reported.

Netanyahu cut short a visit to the U.S. and rushed back to Israel on Tuesday to deal with the military response to Palestinian militants firing rockets at Israel this week.

Netanyahu on Monday visited the White House, where President Trump signed a proclamation recognizing Israel’s sovereignty over the Golan Heights, which Israel occupied in 1967 and unilaterally annexed in 1981.

The document reverses more than a half-century of U.S. policy.

Trump had previewed the move last week saying that it was time for the U.S. to take the step after 52 years of Israeli control of the strategic highlands on the border with Syria.