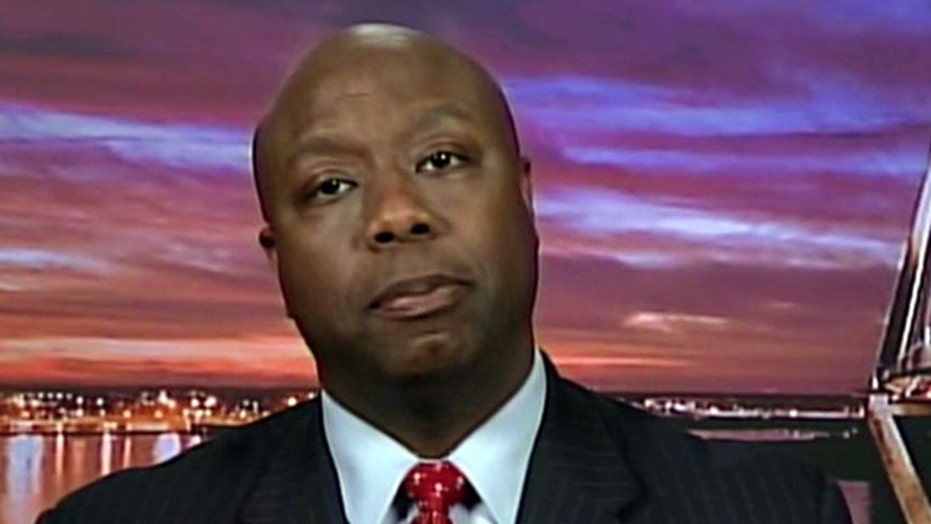 Sen. Tim Scott, R-S.C., said on “The Kelly File” Tuesday that he was the target of “philosophical bigotry” over the weekend when the head of the North Carolina chapter of the NAACP said he’s a “ventriloquist dummy” for “the extreme right wing” in South Carolina.

“What we’re hearing is baseless rhetoric about the same old things that have not worked so far,” Scott, the Senate’s only black Republican member, told Fox News' Megyn Kelly. “We’ve had a 50-year war led by the government on poverty, and it hasn’t taken people out.”

Scott believes such attacks distract from solutions that could help Americans.

“What we should be preaching … is the fact that in this country, conservatives, free market capitalism, produces greater success than the government can ever do,” he said.

Scott’s appearance came two days after the Rev. William Barber II, in a speech made at the Zion Baptist Church in Columbia, S.C., said Scott is a pawn of “the extreme right wing down here (in South Carolina)” which “finds a black guy to be senator and claims he’s the first black senator since Reconstruction and then he goes to Washington D.C. and articulates the agenda of the Tea Party,” The State newspaper reported.

Barber, who made the remarks as he addressed social issues including health care and voting, also criticized blacks who don’t follow King’s spirit, the newspaper reported.

Barber later told FoxNews.com that King “emphasized love and justice rather than extremism," and that support for "the far right" ignores problems in South Carolina such as aid to the poor and public education.

The Rev. Kevin E. Donalson Sr., the Zion Baptist Church’s pastor, meanwhile, told FoxNews.com that although he agreed “in principle” with Barber’s comments, he would not have used such language. And although he’s “grateful” that South Carolina has an African-American senator, he believes the policies Scott supports hurt the people whom King spent his life trying to help.

“I think we’ve gotten to a point, honestly, where policy does outweigh color,” he said.