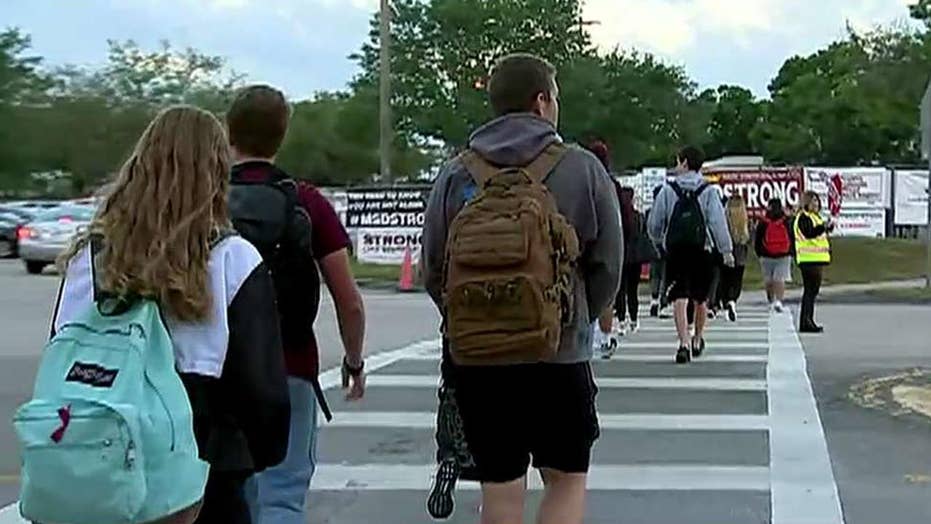 Students are marching out of their classrooms and onto the streets to demand action on gun violence exactly one month after a gunman walked into Marjory Stoneman Douglas High School in Parkland, Florida, opened fire and killed 17 people.

While students may be the center of attention Wednesday, which they dubbed "National School Walkout Day," it's really the response of politicians that people are eyeing.

A handful of politicans are offering words of encouragement, some even joining the movement, while others focused their attention on legislation, such as the STOP School Violence Act.

"Tragic violence has no place in our schools. Today, the House will take concrete action to prevent this violence through the bipartisan STOP School Violence Act, which implements new training programs in our schools, updates security technology, and more," House Speaker Paul Ryan, R-Wis., posted on Twitter, announcing the House would vote on the legislation Wednesday.

Sen. Chris Van Hollen, D-Md., pledged his support for the movement and even encouraged students to visit him at the Capitol.

"We need your energy to get Congress to take action to end the bloodshed now," he tweeted late Wednesday morning.

Senate Minority Leader Chuck Schumer, D-N.Y., said he will gather in front of the Capitol to join students rallying for stronger gun control.

"#Enough is enough. It’s time that this country comes together to do something about gun violence," Schumer tweeted. "#NationalWalkoutDay, the students, teachers, families & friends standing up all give me hope that things will finally, finally change."

Keith Ellison, D-Minn., praised students for driving change, but also reminded them to keep their eyes on the big picture.

"Remember, we have to convert our organizing energy into electoral gains; so that we can change the law to benefit the public good," Ellison tweeted.