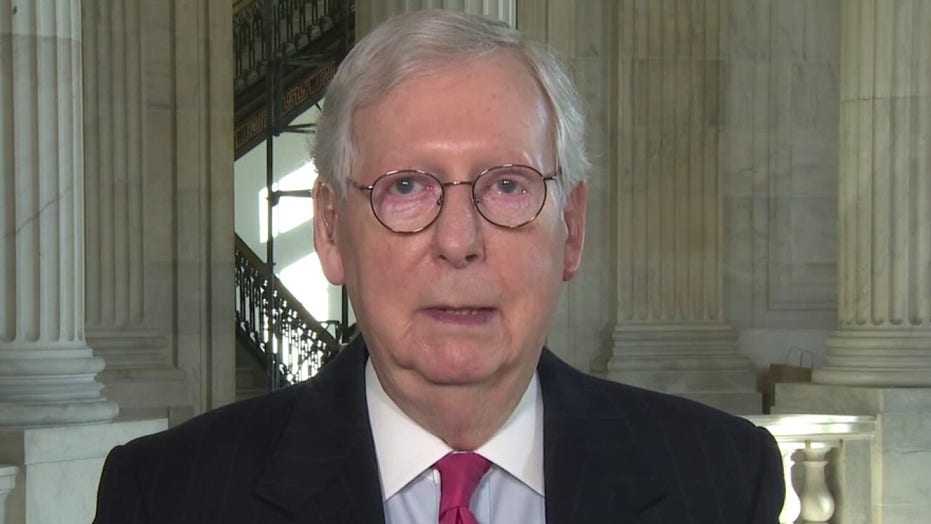 House Speaker Nancy Pelosi, D-Calif., reportedly suggested over the weekend that she plans to make sure President Trump leaves the Oval Office one way or another, as he continues to suggest the 2020 election was won unfairly by his opponent Joe Biden.

As Pelosi engaged in discussions with other congressional leaders to hammer out both a coronavirus relief bill and a spending package to fund the U.S. government, the California Democrat told her team that she could not wait until Trump’s term had ended.

"I’m counting down the hours ‘til he’s gone," Pelosi told her leadership team over the weekend, as reported by Politico. "I plan to pull him out of there by his hair, his little hands and his feet."

A spokesperson for Pelosi did not return Fox News’ request for comment.

Lawmakers passed the $900 billion coronavirus relief bill on Monday night, which was subsequently sent to Trump’s desk for final approval on Tuesday.

The president urged lawmakers over the weekend to pass relief in a Twitter post, but has been otherwise heavily focused on alleged election fraud – less than one month ahead of Biden’s inauguration date.

MCCONNELL: PELOSI, SCHUMER COULD HAVE HAD COVID AID BILL MONTHS AGO, BUT WANTED TO DAMAGE TRUMP CAMPAIGN

On Monday, he alluded to a "very big illegal ballot drop" in Pennsylvania, before turning his attention to the signature verification process in Georgia.

Trump did, however, appear to take credit for both the $600 economic impact payments included in the coronavirus relief package, as well as the rapid development of vaccines that are in the process of being distributed to vulnerable American populations.