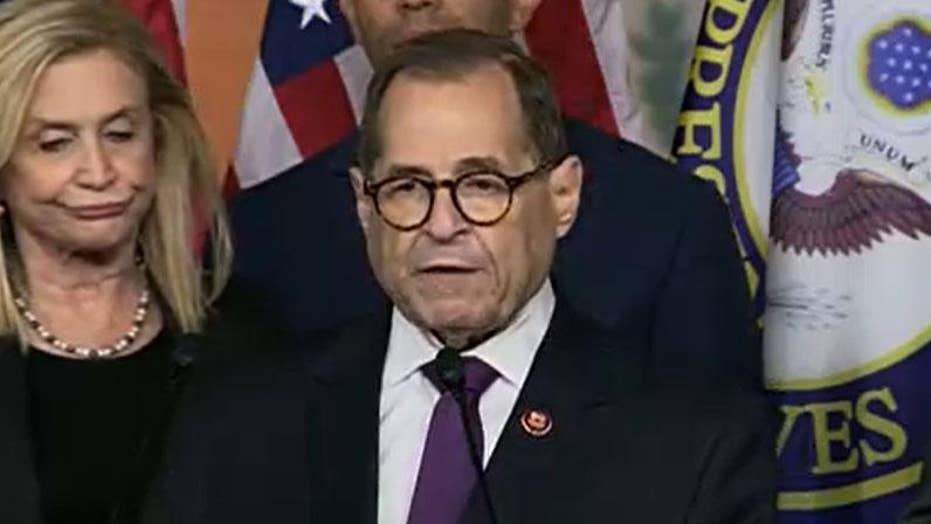 David Avella, Mary Anne Marsh and Chris Stirewalt debate the decision by the White House not to participate in Wednesday's impeachment hearing

House Judiciary Committee Chairman Jerry Nadler, D-N.Y., will on Wednesday pick up the baton from his Intelligence Committee counterpart Adam Schiff., D-Calif., as the House’s impeachment inquiry moves to the next step -- but it is a far cry for Nadler from 1998, when he warned that an impeachment would “overturn the popular will of the voters.”

“The effect of impeachment is to overturn the popular will of the voters,” Nadler said on the House floor during the Clinton impeachment hearings, in footage unearthed by Grabien. "We must not overturn an election and remove a president from office except to defend our system of government or constitutional liberties against a dire threat, and we must not do so without an overwhelming consensus of the American people.”

The Judiciary Committee will hold its first hearing on impeachment Wednesday, following the release of the Intelligence Committee’s report Tuesday into Trump’s alleged efforts to have Ukraine investigate former Vice President Joe Biden and alleged interference by Ukraine in the 2016 election.

It will be with Nadler’s guidance under which the House may choose to draw up articles of impeachment against the president. Democrats, including Nadler, have supported the push toward impeachment, arguing that Trump’s July 25 phone call with Ukrainian President Volodymyr Zelensky was part of a quid pro quo for politically-motivated investigations in exchange for military funding.

But during the 1998 Clinton impeachment hearings, Nadler struck a very different tone, arguing that impeachment should be avoided unless it has a bipartisan flavor -- something the current impeachment inquiry lacks. 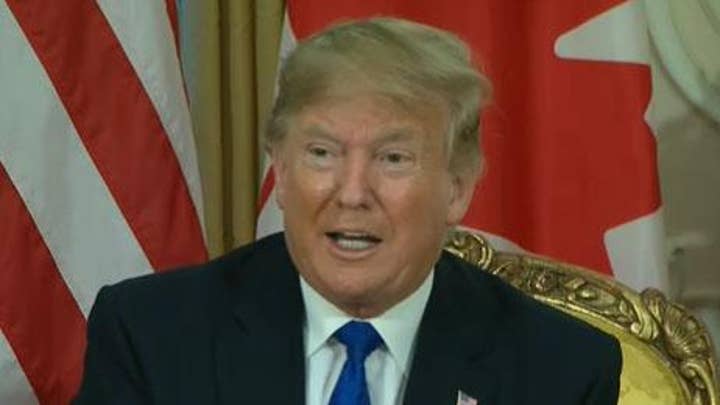 “There must never be a narrowly voted impeachment or an impeachment supported by one of our major political parties and opposed by the other,” he had said before warning of dire consequences if Republicans moved on with their push.

“Such an impeachment will produce a divisiveness and bitterness in our politics for years to come and will call into question the very legitimacy of our political institutions,” he said.

Those remarks are likely to be used by Republicans to fuel their claim that the impeachment hearing is a politically-motivated stunt.

Nadler has previously come under fire for past remarks contrasting with present behavior.

In April, a video resurfaced that showed him urging caution in the release of details from the Starr report. The video emerged as he was moving to subpoena former Special Counsel Robert Mueller’s Russia report.

Nadler maintained he has been consistent in both cases -- calling in 1998 and the present day for the committee to first review the documents, acknowledging in both cases concerns about the release of grand jury materials to the general public.