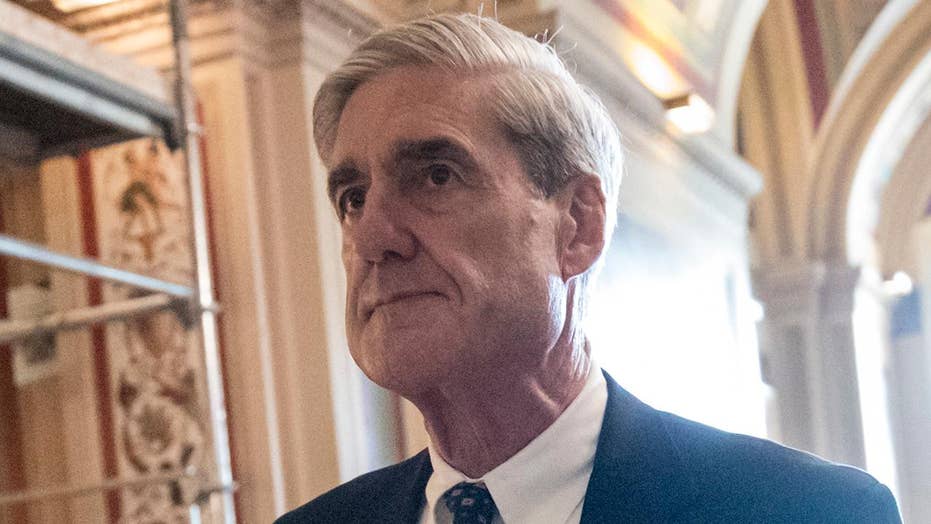 The Fox News senior judicial analyst explains how the process works after outcry from the Trump transition group.

President Trump on Sunday blasted special counsel Robert Mueller for obtaining "unauthorized" access to thousands of emails sent and received by his presidential transition team before the start of his administration.

“Not looking good, it’s not looking good,” Trump said on Sunday. “It’s quite sad to see that-- my people were very upset about it. I can’t imagine there’s anything on them, frankly, because, as we’ve said, there’s no collusion, no collusion whatsoever.”

The New York Times reported that Mueller’s office issued a statement on Sunday defending how it obtained the information.

“When we have obtained emails in the course of our ongoing criminal investigation, we have secured either the account owner’s consent or appropriate criminal process,” said Peter Carr, a spokesman said.

Mueller's investigators obtained the emails from the General Services Administration, a federal agency that stored the material, rather than request them from Trump's still-existing transition group, Trump for America, Kory Langhofer, the general counsel for the transition group, said in a letter sent to two congressional committees.

Langhofer said in his letter to two congressional committees that the GSA had improperly provided the transition records to Mueller's team, which he said has been "actively using" the emails. In the letter to the Republican chairmen of the House Oversight and the Senate Homeland Security committees, Langhofer contends that the disclosure by GSA was "unauthorized," and it considers the documents private and privileged and not government property.

While conservatives have been critical of Mueller's probe of Russian activities during the 2016 campaign, Trump said Sunday afternoon that he has no plans to fire Mueller.

The documents were provided to Mueller's team by the GSA in September in response to requests from the FBI, but the transition team didn't learn about it until last week, Langhofer said.

The tens of thousands of emails in question pertain to 13 senior Trump transition officials.

Many of the emails that Mueller's investigators have now included national security discussions about possible Trump international aims as well as candid assessments of candidates for top government posts, said those familiar with the transition. They spoke to The Associated Press on condition of anonymity because of the records' sensitivity.

Langhofer also said that a GSA official appointed by Trump in May had assured the transition in June that any request for records from Mueller's office would be referred to the transition's attorneys. According to Langhofer, the assurance was made by then-GSA General Counsel Richard Beckler, who was hospitalized in August and has since died. A copy of the letter was obtained by the AP.

But late Saturday, another GSA official present for the conversation told Buzzfeed News that there was nothing improper about the disclosure of the emails to Mueller's team. The GSA has provided office space and other aid to presidential transitions in recent years and typically houses electronic transition records in its computer system.

GSA Deputy Counsel Lenny Loewentritt, who Langhofer blames along with other GSA career staff for providing the transition documents to the FBI, told Buzzfeed that Beckler didn't make a commitment to the transition team that requests from law enforcement for materials would be routed through transition lawyers.

Transition officials signed agreements that warn them that materials kept on the government servers are subject to monitoring and auditing, Loewentritt told Buzzfeed, and there's no expectation of privacy.

In a statement, Rep. Elijah Cummings of Maryland, the ranking Democrat on the House Oversight and Government Reform committee, dismissed the transition's arguments that GSA shouldn't have turned over the records to Mueller.

Among the officials who used transition email accounts was former National Security Adviser Michael Flynn, who pleaded guilty to a count of making false statements to FBI agents in January and is cooperating with Mueller's investigation. Trump fired Flynn in February for misleading senior administration officials about his contacts with Russia's ambassador to the U.S.