Kim Strassel: Mueller should have investigated whether Steele dossier was part of Russian meddling

"I think that what he did is a total dereliction of duty — that your job is to look into Russian interference in our elections and here is this central document which caused so much political mayhem for two years," she said on "America's Newsroom."

After noting concern over the dossier's potential ties to the Kremlin, she criticized Mueller for publishing his report without delving deeper into the Russia investigation's origins. "I'm not sure how you go there, except for with the intent purpose of shielding the FBI," she said.

Strassel speculated that Mueller didn't delve deeper into the dossier because he spent so many years leading the FBI. "Much of this document does read as a defense of the FBI," she said of the Mueller report.

"It seems very much as though he just didn't want to touch anything that would bring any disrepute on the agency," Strassel added.

The Mueller report — which did not charge the president with obstruction of justice or collusion — has caused an uproar in Washington where President Donald Trump and congressional Democrats feuded over whether the government should further investigate the report's findings. 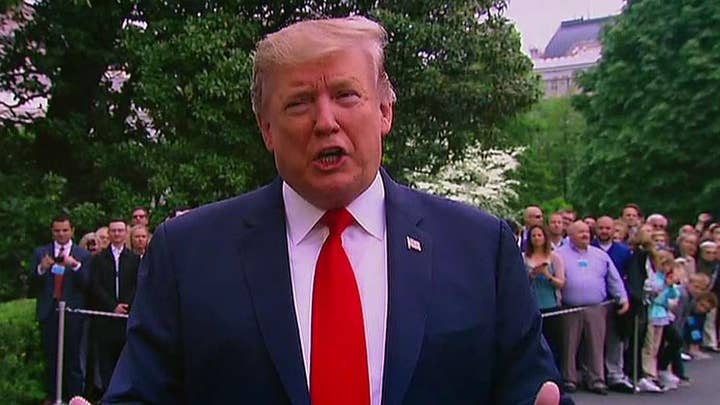 For Trump, the Steele dossier was evidence that the investigation started on bogus information supported, in part, by the Democratic Party. The dossier, compiled by former British spy Christopher Steele, sourced information from Russia and contained a number of salacious and unverified claims about Trump and his associates.

Trump has vehemently opposed new subpoenas, questioning why Democrats even needed to subpoena his staff. During an interview with Fox News' Sean Hannity on Thursday, Trump also accused intelligence and law enforcement officials of engaging in an effort to undermine his administration.

His comments came amid news that former FBI agents Peter Strzok and Lisa Page discussed further investigating the Trump team after the 2016 election. Suspicion also arose that the CIA pushed to include the Steele Dossier in an intelligence assessment on Russian meddling — a claim former CIA Director John Brennan has denied.

"They were trying to infiltrate the administration," Trump said in reaction to news about Strzok and Page. "Really, it's a coup. It's spying. It's hard to believe in this country we would have had that."