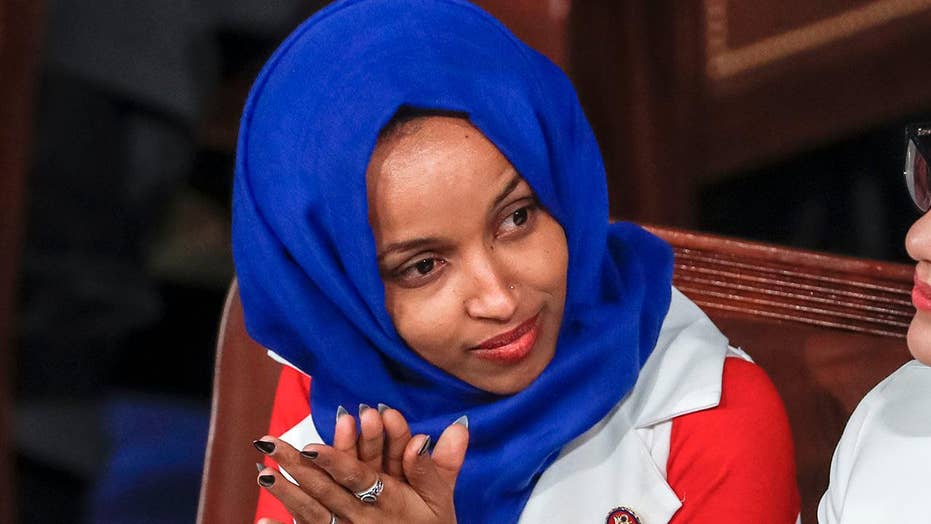 MSNBC contributor and New York Times columnist Michelle Goldberg is trying to flip the narrative over Democratic Rep. Ilhan Omar’s tweets that were widely condemned as anti-Semitic -- using the incident to blast Republicans and accuse them of trying to divide Democrats.

In a column published on Monday, Goldberg began by criticizing House Minority Leader Kevin McCarthy, R-Calif, for a tweet he made last fall, which has since been deleted, that blasted giant liberal donors Tom Steyer, George Soros, and Michael Bloomberg, all Jewish, saying they shouldn’t “buy” the 2018 midterms. She insisted it was a “bit rich” for McCarthy to try to punish Omar and House colleague Rep. Rashida Tlaib, D-Mich., for their condemnation of Israel.

While she described Omar's tweets suggesting Israel supporters are financially motivated as “bad,” Goldberg gave the Minnesota congresswoman wiggle room, saying she “consciously or not” invoked an anti-Semitic narrative.

“Her words were a gift to Republicans, who seek to divide Democrats over Israel, even as their president traffics in anti-Semitic imagery and stereotypes. The knives were out for Omar and she ran right into them,” Goldberg wrote.

Goldberg reiterated her point on “All In With Chris Hayes,” saying there was an “overreaction” to Omar’s tweets.

“I think both her tweets were bad and the reaction to them- the overreaction, the day-long news cycle, which I know I added to, was sort of nuts,” Goldberg told MSNBC host Chris Hayes. “But the fact is is that there really is this opportunity that the Republicans want to exploit to divide the Democratic Party over Israel.”