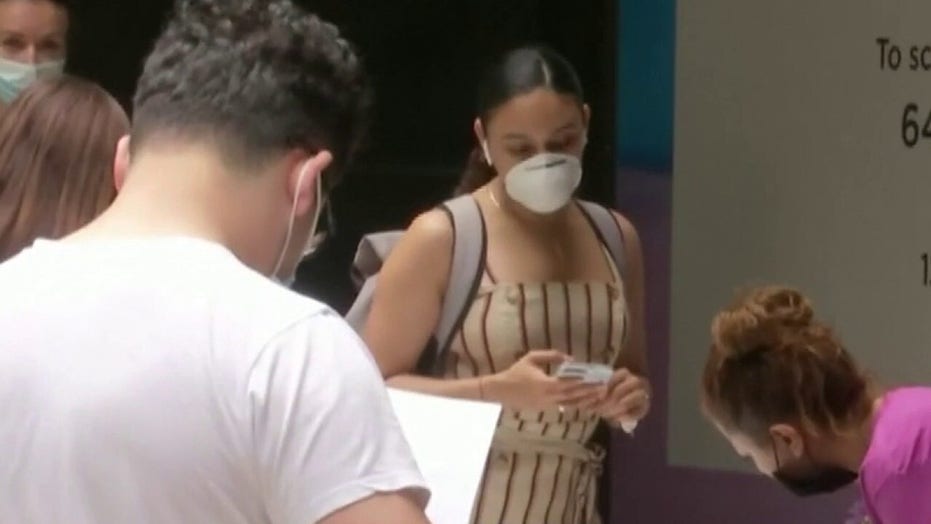 Montana Gov. Steve Bullock, who is running as a Democratic Senate candidate in a tight race rated a toss-up by the Cook Political Report, filled his 25-member coronavirus task force with several high-dollar donors who then informed his administration how to distribute more than $1 billion in federal stimulus aid, records reviewed by Fox News show.

The task force, known as the Coronavirus Relief Fund Advisory Council, included representatives of various resorts, hotels, and restaurants -- which could stand to benefit from the task force's recommendations in their final report for the state to provide “direct, immediate and mid-term assistance” to the hospitality and tourism industries.

The task force, which included both Bullock supporters and critics, also recommended "direct grant assistance" to Montana nonprofits, with priority to those that have been subject to statewide closure and whose mission is to serve populations affected by the coronavirus.

“This is part of a disappointing pattern with Steve Bullock, where he talks about political purity while taking corporate money through the back door and handing out valuable slots on a powerful coronavirus committee to his top donors," Senate Leadership Fund Communications Director Jack Pandol told Fox News.

Additionally, local media reports, citing legal and ethics experts, have raised the question of whether the task force violated state open-meetings law. Although Bullock's spokespeople have argued the law doesn't apply because the group does not "exercise any decision making power over the $1.25 billion from the CARES Act," Montana courts have found that similar advisory groups are indeed subject to the law.

"What is clear is the public deserves answers as to why his donors are helping to hand out hundreds of millions of dollars of pandemic money, and they deserve full transparency," Adam Laxalt, the outside counsel to Americans for Public Trust and former Nevada Attorney General, told Fox News. "Using a pandemic to curry political favor with wealthy contributors is exactly the cynical swampiness that Americans can't stand about Washington. We will look into whether or not the closed door meetings violated Montana's open meetings law, but Governor Bullock owes the citizens of Montana as much transparency as possible when there's a potential public health emergency."

“Governor Bullock’s Coronavirus Relief Fund Advisory Group included representation from small business, agriculture, non-profits, economic development organizations, financial institutions, and others, to share their expertise and guidance on ways to deploy these funds responsibly," a Bullock spokesperson told Fox News. "The advisory group examined all sectors of the economy, considering the needs of each region of the state to ensure no area or sector is left out in Montana’s path to economic recovery.”

"Governor Bullock owes the citizens of Montana as much transparency as possible ..."

— Adam Laxalt, the outside counsel to Americans for Public Trust and fmr. Nevada AG

For example, Scott Brown, the owner of the Montana retailer Base Camp, has donated more than $1,500 to Bullock since 2015, including $250 to his current Senate bid.

Tim Burton, executive director of the nonprofit association Montana League of Cities and Towns, donated $650 to Bullock in in 2014 and more than $1,200 in 2012.

Larry Simkins, the CEO of the Washington Companies, is leading the task force. Last year, Simkins donated the maximum $2,800 to Bullock's failed presidential bid. Together, he and his wife have contributed nearly $10,000 to various Bullock campaigns since 2008. Simkins also donated $1,000 to Montana Republican Sen. Steve Daines, Bullock's Senate opponent, this election cycle.

Mike Hope, who runs the iconic restaurant Rockin R Bar, gave $2,800 to Bullock's presidential run. He has also donated more than $2,200 to Daines and other Republicans, and considers himself a Daines supporter who is primarily interested in boosting industry in the state.

Speaking to Fox News, Hope said that Bullock wanted diversity of opinion on the task force, and that the main issue right now is getting the federal stimulus money out into the state where it can be useful.

Jon Sesso, a state senator and businessman, gave more than $1,100 to Bullock's 2016 gubernatorial bid, along with some other contributions since 2000.

Nick Checota from the theater and restaruant company Logjam Presents donated the maximum $2,800 to Bullock's presidential bid last year. Bullock and his wife have donated nearly $9,000 to Bullcok's various campaigns since 2016. 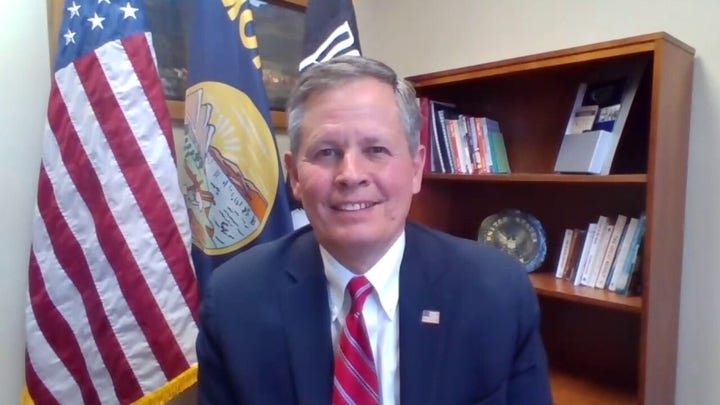 Shalon Hastings, from the fly fishing company Fly FisHer Adventures, is also a Bullock contributor, although her donations total less than $400 since 2012.

A spokesperson for Daines said the donors' appointments to the task force were concerning.

"The Governor should be consulting with the elected representatives in the Montana State Legislature - not his campaign supporters," Daines campaign communications director Julia Doyle told Fox News.

EXCLUSIVE: BIDEN RECORDS BEING SHIELDED BY BOARD MEMBERS WITH CUSHY FINANCIAL RELATIONSHIP TO FORMER VP

Daines has fallen behind in some recent polling, as the coronavirus outbreak has generally been seen as a positive for a sitting governor like Bullock. The race is unique; it is the only national Senate contest involving an incumbent governor and senator.

"I’d rather be accused of overreacting,” the two-term Democratic governor said early in the pandemic, "than have a health-care system overwhelmed and unable to help our most at-risk Montanans when they need it most.”

Daines, speaking to The Wall Street Journal, hit back.

“Well, we’ve seen more job losses than any other of our neighboring states, so our economy has been hit very hard," Daines said. "Nearly half our counties never saw a single Covid-19 case. We had a few hot spots.”