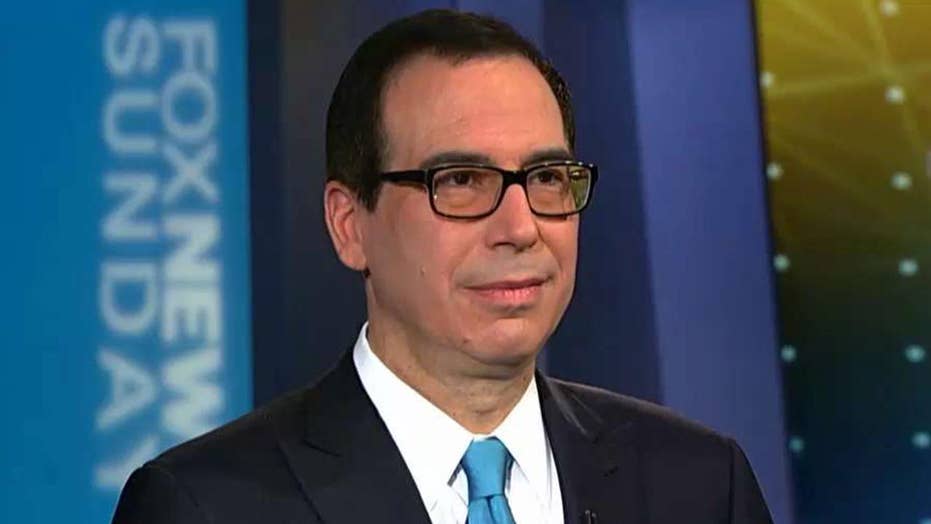 Treasury Secretary Steve Mnuchin predicted Sunday that the GOP-led Congress this week will pass its sweeping tax-reform bill, calling the plan “terrific” and its passage a “historic moment” for the country.

The House and Senate passing a compromise version of their separate bills this week would be a big moment for President Trump, who is still looking for a major legislative win. And it would significantly help congressional Republicans looking for a platform going into next year’s midterm elections after failing to deliver on 2016 campaign promises to repeal and replace ObamaCare.

Trump pushed congressional Republicans since they took up the tax overhaul plan earlier this fall to pass the measure by Christmas.

The timing allows the tax cuts for corporations and individual taxpayers to begin in 2018 and show up on spring 2019 filings -- enough time for Trump to tout the potential benefits to voters in an expected 2020 re-election bid.

The House is expected to pass the bill on Tuesday with no problems. However, Republicans will need 51 “yes” votes in the Senate to pass the bill, while having just a 52-48 majority.

Republican congressional leaders and Trump administration officials say they have the votes, but their majority drops to 51-49 in early January when Alabama Senate-elect Doug Jones, a Democrat, is seated in the Senate.

“This is going to be one of the greatest Christmas gifts to the middle-class people,” Trump said Saturday before departing from the White House for a weekend at the Camp David presidential retreat.

The bill is the largest tax-code overhaul in roughly three decades.

Mnuchin on Sunday also disputed Congress’ Joint Committee on Taxation report that the bill will add $1 trillion to the federal deficit, arguing the nonpartisan group’s projected numbers on economic growth as a result of the tax cuts are “just too low.”

He also defended against criticism that he and other Washington Republicans misled taxpayers early in the bill-crafting process that they could file their returns on an IRS form the size of a postcard.

“Over 90 percent of Americans are going to fill out their taxes on that postcard or on a virtual tax,” Mnuchin told Fox News. “They will take the standard deduction and that's what they'll file with.”